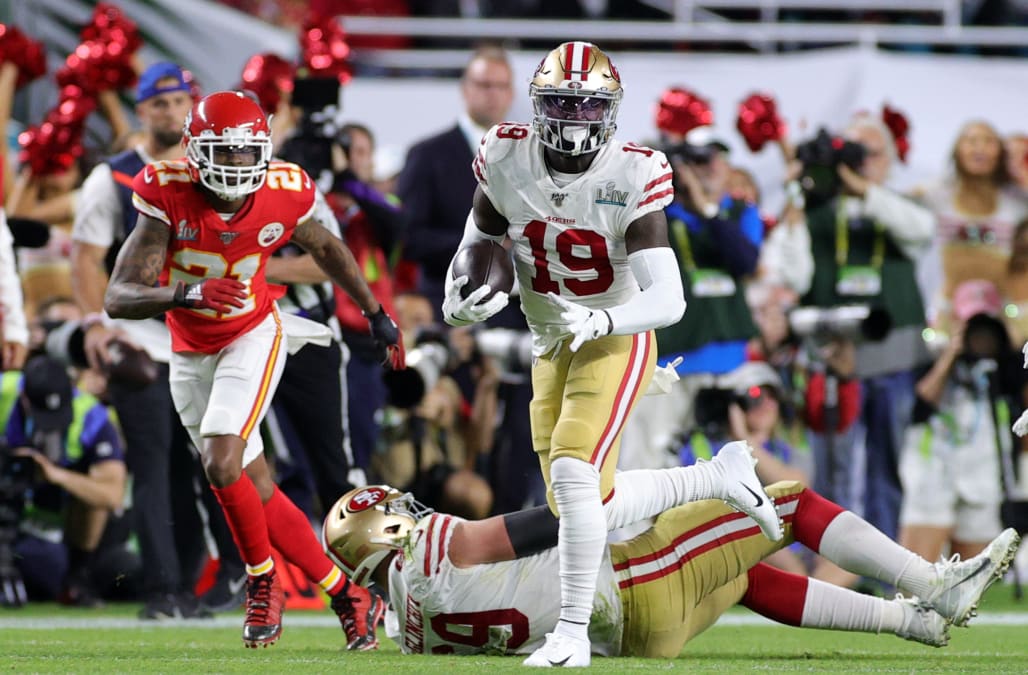 Deebo Samuel made a splash to start the Super Bowl.

The 49ers rookie wide receiver took a toss from Jimmy Garoppolo on San Francisco’s third play from scrimmage and carried it for a new Super Bowl record.

Longest run by a wide receiver

Samuel carried the ball 32 yards to the Chiefs 40 yard-line, marking the longest run by a wide receiver in Super Bowl history.

The longest rush by a WR in #SuperBowl historypic.twitter.com/hJNSA8NZuf

The play broke the record previously held by Seattle Seahawks receiver Percy Harvin, who reeled off a 30-yard run in Super Bowl XLVIII.

Tyrann Mathieu may have saved TD

It would have gone for longer and possibly a touchdown had Tyrann Mathieu not chased him down on the right sideline and forced him out of bounds.

The 49ers didn’t capitalize on the run with a touchdown, but kicked a field goal at the end of the drive for the first score of the game.