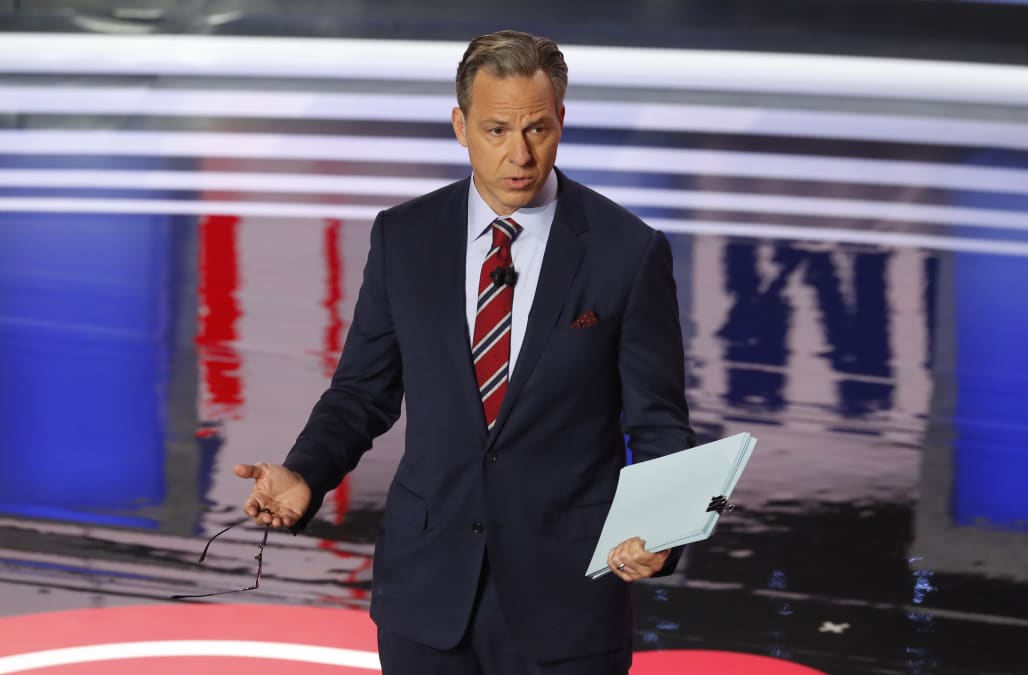 Tapper thanked Pete Buttigieg for being interviewed on “State Of The Union” Sunday, then called out Biden for refusing to do the same.

“We appreciate you coming and taking our questions,” Tapper told the former mayor of South Bend, Indiana, at the end of a 10-minute interview. “Vice President Biden has yet to do a Sunday show interview. ... I can’t even count how many times you’ve agreed to do interviews.”

21 PHOTOS
Jake Tapper out and about
See Gallery

It’s unclear what’s behind Biden’s decision to not accept the interview requests. In August, the Biden campaign reportedly considered scaling back his public schedule in an effort to limit potential gaffes on the campaign trail.

The Biden campaign declined to comment for this story.

According to a CBS News/YouGov poll released Sunday, Biden and Sen. Bernie Sanders (I-Vt.) are tied at 25% for the first choice of likely Democratic caucusgoers in Iowa. Buttigieg follows with 21% of support, according to the poll, with Sen. Elizabeth Warren (D-Mass.) trailing at 16%.

Watch Tapper’s full interview with Buttigieg below. He mentions the Biden interview requests around the 10-minute mark.

More from HuffPost US:
How do the Iowa caucuses work? This year it's a little different.
Marianne Williamson to support Andrew Yang in Iowa caucuses
Tulsi Gabbard sues Hillary Clinton over 'Russian asset' comments