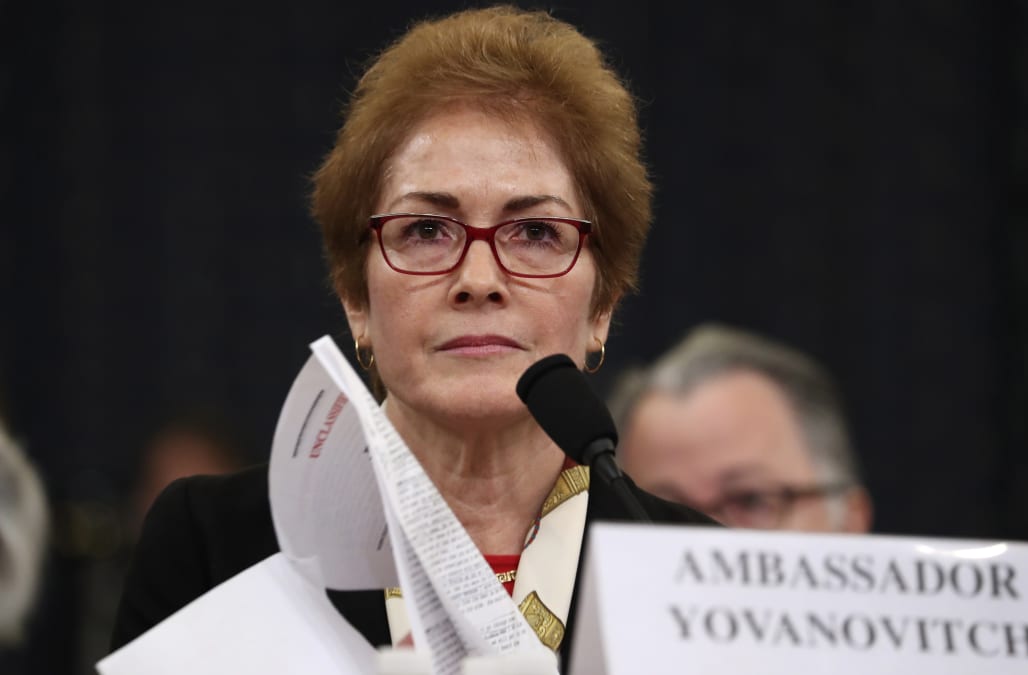 Former U.S. Ambassador to Ukraine Marie Yovanovitch, a central figure in the impeachment investigation into President Donald Trump, retired from the State Department on Friday after three decades in the foreign service, a person familiar with her plans confirmed.

Yovanovitch testified in the U.S. House of Representatives that her reputation was smeared by Trump's lawyer Rudy Giuliani, who seized on disinformation that she had been badmouthing the president and blocking corruption investigations into former Vice President Joe Biden and his son Hunter Biden.

She denied all the allegations under oath, and her colleagues have testified that she was the victim of disinformation tactics that had been used on U.S. officials for years.

Yovanovitch, who was recalled from her post last year, had most recently been serving as a senior State Department fellow at Georgetown’s School of Foreign Service, although she was not teaching classes this semester. The retirement was first reported by NPR.

She had been a foreign service officer for 33 years and served in six presidential administrations, four Republican and two Democrat.