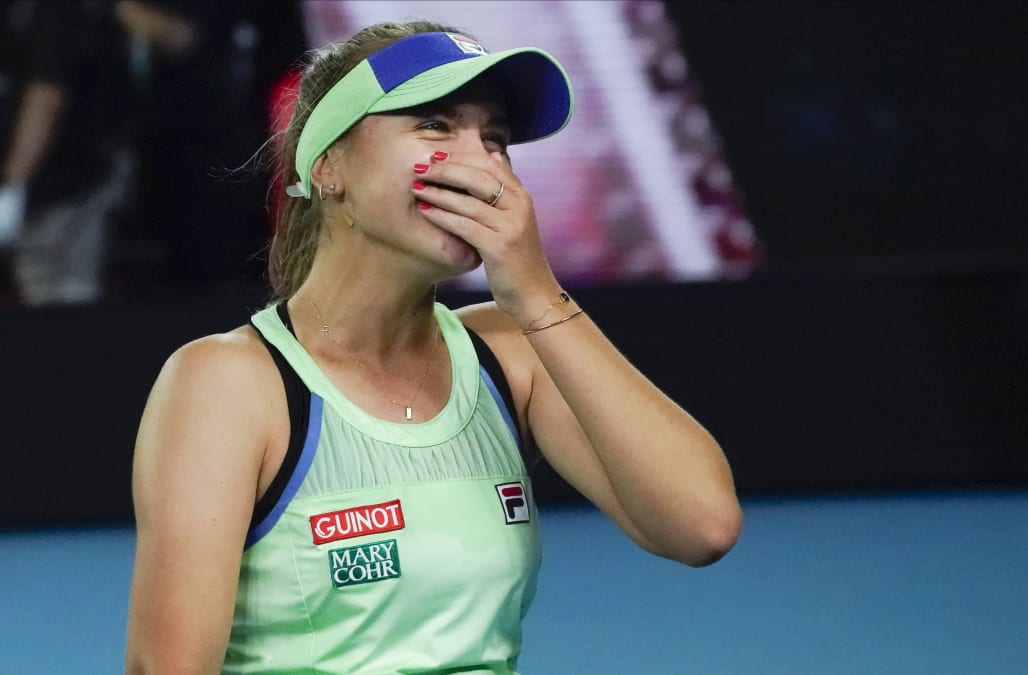 Sofia Kenin, the 21-year-old American who entered the tournament ranked 15th in the world, won her first Grand Slam title in the first major of the year. The rising star came back for a 4-6, 6-2, 6-2 victory over Spain's Garbiñe Muguruza at Rod Laver Arena in Melbourne.

“My dream has officially came true. I can’t even describe this feeling,” Kenin told the crowd.

She is the youngest women’s singles champion since Maria Sharapova in 2008. Eight of the past 12 Grand Slam winners have been first-time title holders.

"I would like to thank the crowd. These past two weeks have been the best two weeks of my life. I love you guys from the bottom of my heart."

Kenin agreed she had to play “ridiculous” tennis in the final to earn her first Grand Slam. Her previous best finish was the round of 16 at the French Open and she entered the new year coming off three singles titles in 2019. Born in Moscow but raised in the United States from a young age, Kenin became the first American to defeat Serena Williams at a major when she did it last year at the French Open.

This time around she defeated fellow young American star Coco Gauff in the fourth round, again coming back from a first-set loss. In the semifinals, she upset world No. 1 Ashleigh Barty in straight sets.

In a two-hour match against Muguruza, she fought for every point in a tightly contested battle. She had only three errors in the second set and rattled off five consecutive points — three winners down the line, an ace and a passing shot — to escape from 0-40 and hold 3-2 in the third set.

"Garbiñe’s such a tough player. ... It was such a battle and it was very physical," Kenin said while carrying her trophy through the halls.

“I’m on cloud nine right now, I just can’t believe this,” she added.

Muguruza, 26, is a two-time Grand Slam champion with titles at Roland Garros in 2016 and Wimbledon in 2017. The former No. 1 made it to the quarterfinals of the Australian Open in 2017, her deepest run in Melbourne.

The real key to Kenin’s win may have been her pre-match meal. She told the Australian Open Twitter account she went to the same restaurant every day to have gnocchi and mozzarella di Bufala.

The rising American star had some fun in the post-match media interview, showing up with a flute of champagne and answering questions about shopping at Cartier for jewelry tomorrow.

That's one way to make an entrance ���

Kenin’s win will boost her into the top 10 of the world rankings for the first time in her career and gives her an easy road to a berth for the U.S. in the 2020 Tokyo Olympics.