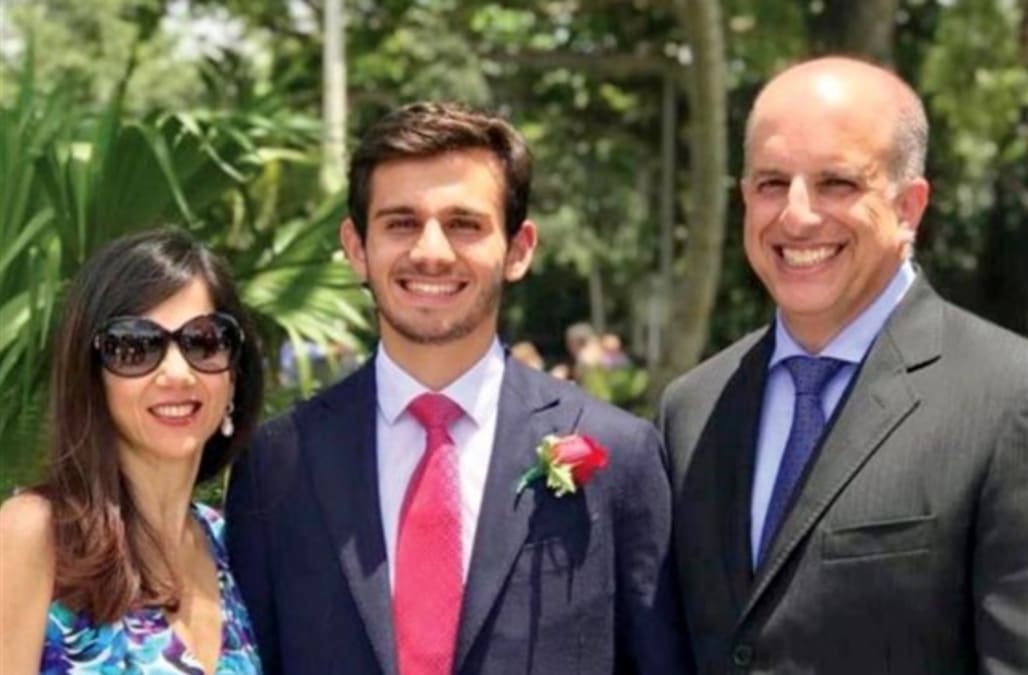 A Cornell University freshman found dead in an upstate New York ravine in October attended a fraternity party with seven drinking rooms the night before he went missing, according to a lawsuit filed by his parents.

Antonio Tsialas, an 18-year-old from Miami, went missing on Oct. 24. His body was found two days later in a gorge in Ithaca.

When he was found, the teen still had on a sweatshirt he wore to the Phi Kappa Psi fraternity party, according to the lawsuit filed Wednesday in Tompkins County Supreme Court in Ithaca. A white shirt he had been wearing underneath was located along the side of the gorge in a bush.

The white shirt had vomit on it and the imprint of a shoe or sneaker, the suit says. The teen's cellphone was not found.

His parents, Flavia Tomasello and John Tsialas, are suing the fraternity, the Ivy League school and several Phi Kappa Psi members, alleging negligence and premise liability. They are seeking damages. NBC News reached out to Phi Kappa Psi's chapter at the university and its national organization on Friday but did not immediately hear back from either.

On the night of Oct. 24, Antonio had dinner with his mother, who was visiting for the university's parents' weekend, the suit says. He and a group of other Cornell freshmen were then allegedly driven by Phi Kappa Psi members to their chapter house on campus for an event that the lawsuit says was "unauthorized and illegal" because alcohol would be served to underage students.

Upon entering the chapter house, the group was told they could not have phones and were prohibited from recording or taking photos, the suit alleges. They were also instructed to lie if they were asked about being at the house that night, according to the suit.

The party consisted of the freshmen going through seven different rooms to participate in various drinking events, the lawsuit alleges.

In several of the rooms, the freshmen had to chug beer, wine and a drink made with rum and milk. In one of the first rooms, they were "held upside down over a trash can filled with water as their head was submerged under the water," the suit says.

The lawsuit says there was a "Jewish room," which it says was set up to look like a bar mitzvah with a pyramid of glasses containing vodka and beer. The freshmen were given the alcoholic beverages to drink.

In another room, the "Santa Claus room," a Phi Kappa Psi member dressed as Santa told the freshmen if they had been naughty or nice, which determined what type of alcohol they had to drink. All freshmen were then given a full bottle of vodka and told they had to finish drinking it before they could leave the room.

In the final room, the freshmen took shots of alcohol.

The lawsuit alleges that the rooms were designed to induce, encourage and coerce the students into drinking large quantities of alcohol, and that the fraternity members should have known "that these events would pose a serious threat to the safety and well-being of those who participated and expose each of them to a serious risk of bodily harm," the suit states.

After going through the seven rooms, many of the freshmen were "blackout drunk," vomiting and could not remember what happened next or how they got back to their dorms, the lawsuit alleges.

The suit says that Antonio either left or was taken from the chapter house, but was not provided safe transportation back to his room.

“Not a single defendant in this case has come forward to tell Antonio’s parents about the circumstances of their son’s departure from the fraternity house that night and none have provided any information about where he went afterwards," the lawsuit says.

“His subsequent death was the direct and proximate result of the defendants’ actions," the suit says.

According to the lawsuit, the gorge where Antonio's body was found is far from his dorm room and was “not on the route that one would take whether walking or driving from the fraternity house to his dormitory.”

Cornell University police previously said that no foul play is suspected in Antonio's death. The university police department told NBC News on Friday that it could not comment on the investigation and directed questions to the school's media relations office.

Cornell University said in a statement that it cannot comment on pending litigation.

"The Cornell University Police continue to actively investigate Antonio Tsialas’s death," the statement read. "We continue to ask anyone who may have information related to the incident to contact us."