Trump makes odd claims while slamming proposal touted by AOC: 'They want to kill our cows' 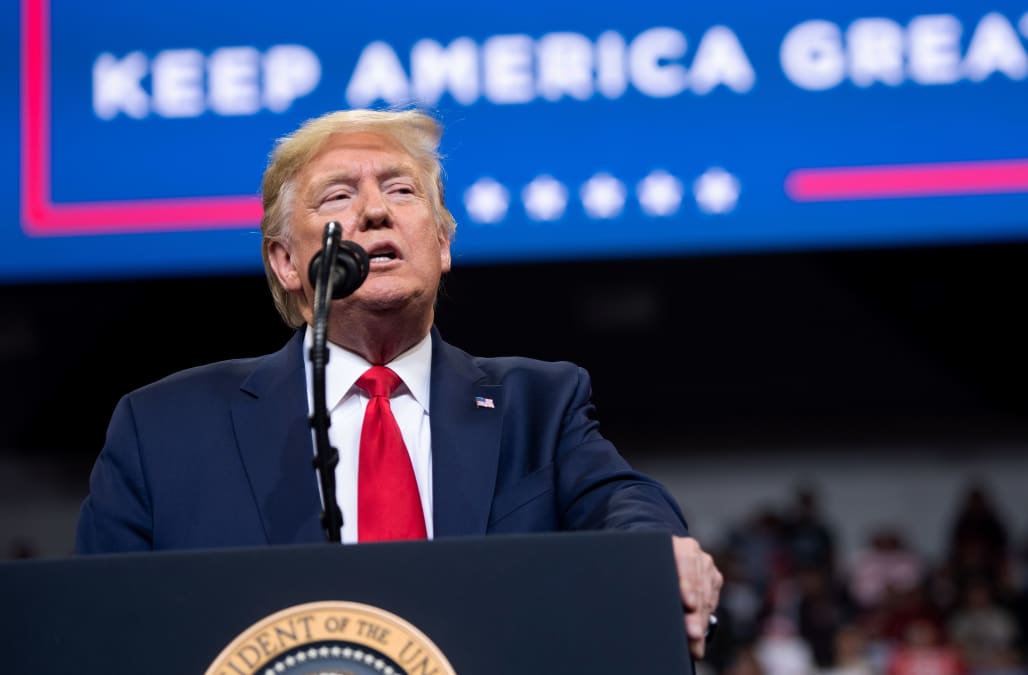 "During this campaign season, the good people of Iowa have had a front-row seat to the lunacy and the madness of the totally sick left," Trump told the crowd in Des Moines.

"The Green New Deal, which would crush our farms, destroy our wonderful cows. They want to kill our cows. You know why, right? You know why?"

"Don't say it. They want to kill our cows. That means you're next," he said.

TRUMP: "They want to kill our cows. That means you're next." pic.twitter.com/wcQ9J7RR2Z

The problem with his warning is that cattle are, in fact, raised to be killed or milked, as one person on Twitter pointed out.

"Don’t you already kill your cows for food?"

Don’t you already kill your cows for food?

We’re going to kill the cows. And turn them into steak. Then we’re gonna season and grill them up real nice. THEN we’ll kill some corn. https://t.co/xK0Y3H7Aig

The Green New Deal is championed by Democrats such as Rep. Alexandria Ocasio-Cortez and Sen. Bernie Sanders, who are frequent targets for Trump. The plan has even been endorsed by several scientists.

While Trump may have been referring to the legislation's original version, which included a passage that mentioned "farting cows," the current proposal makes no explicit mention of eliminating cows.