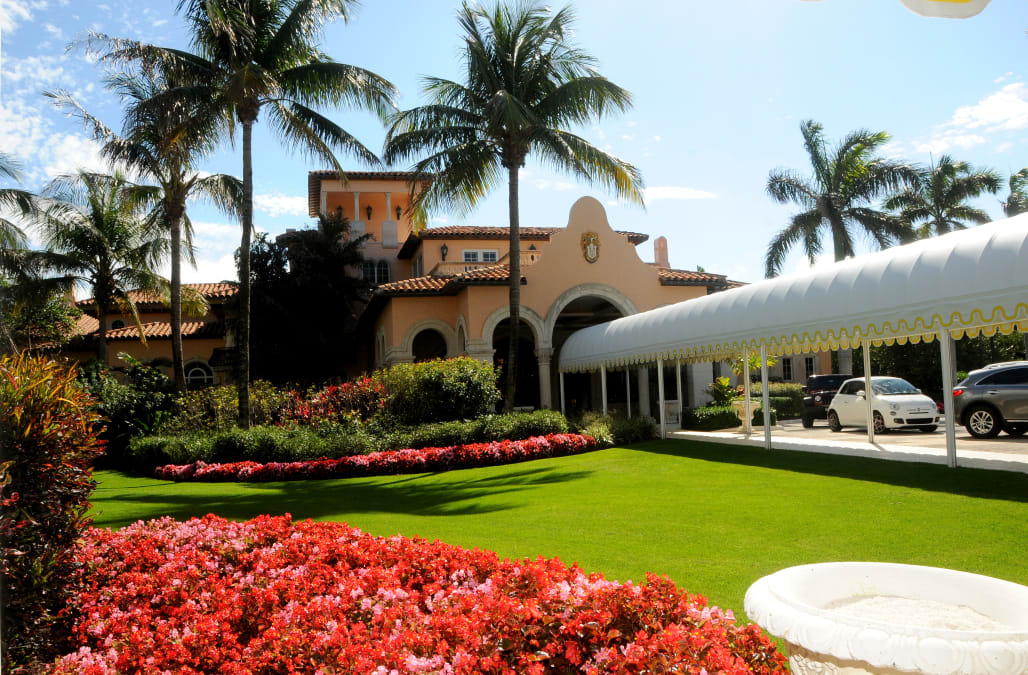 WEST PALM BEACH, Fla. (AP) — Officers fired shots at an SUV that barreled past a security checkpoint at President Donald Trump's Mar-a-Lago resort Friday, leading to a car and helicopter chase before officers were able to stop the vehicle and arrest two people.

The president was not at the resort at the time, although he was scheduled to arrive there later Friday.

The black SUV breached security about 11:40 a.m. at the main entrance of the resort, according to the Palm Beach County Sheriff's Office. Officers fired shots and the SUV raced off. It was pursued by the Highway Patrol and a sheriff's office helicopter.

Based on a preliminary investigation, investigators believe the vehicle approached the checkpoint at a high rate of speed and did not appear to brake in any way, according to a law enforcement official who spoke on condition of anonymity in order to discuss the investigation. The checkpoint, a series of concrete barriers and armed officers, is blocks away from the actual resort.

The Secret Service said it would have a news conference later Friday.

Mar-a-Lago has been the scene of several intrusions since Trump became president. On Jan. 5, just hours after Trump and his family had left the club following a two-week vacation, a Florida man who had been dishonorably discharged from the Marines for sex offenses was arrested after he got past two checkpoints by falsely identifying himself as part of the president’s helicopter crew.