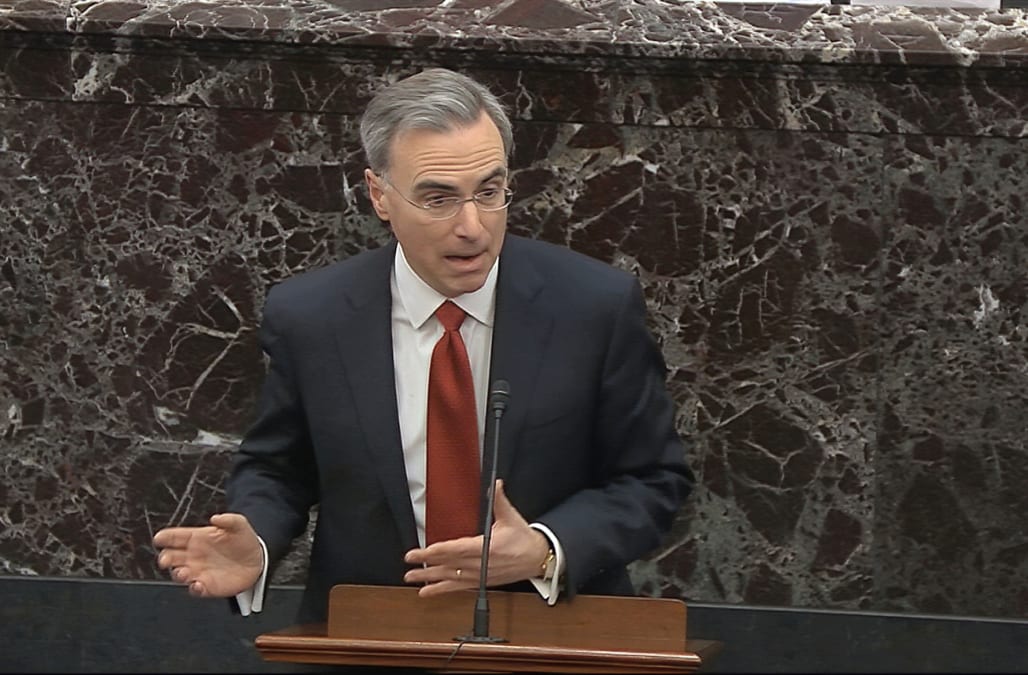 House manager Adam Schiff called out Trump defense team lawyer Pat Cipollone Friday, saying that in his capacity as White House counsel he was “in the loop” in the effort to persuade Ukrainian officials to dig up dirt on former Vice President Joe Biden.

That allegation originated in a forthcoming memoir by former national security adviser John Bolton. Details from Bolton’s manuscript have leaked out over the past week. In an article published Friday, the New York Times reported on Bolton’s account ofan Oval Office meeting in early May at which President Trump directed him “to help with his pressure campaign to extract damaging information on Democrats from Ukrainian officials.”

Bolton claims that Cippolone, who has led Trump’s defense team during the impeachment trial, attended the Oval Office meeting with the president, along with acting chief of staff Mick Mulvaney and Trump’s personal lawyer Rudy Giuliani.

“You will recall Mr. Cipollone suggesting how the House managers were concealing facts from this body. He said all the facts should come out. Well, there’s a new fact which indicates that Mr. Cipollone was among those who were in the loop. Yet another reason why we ought to hear from witnesses,” Schiff, D-Calif., said as the Senate debated whether to call witnesses like Bolton and Mulvaney during Trump’s impeachment trial.

It appears that Senate Majority Leader Mitch McConnell has secured enough Republican votes to keep witnesses from appearing at the trial, but if Bolton’s allegation is true, it means that Cipollone was, in addition to heading up the president’s defense team, a fact witness in the case itself.

Mulvaney has previously denied that he ever discussed the efforts to secure a Ukrainian announcement of an investigation into Biden.

“I never instructed John Bolton to set up a meeting for Rudy Giuliani, one of the greatest corruption fighters in America and by far the greatest mayor in the history of N.Y.C., to meet with President Zelensky,” Mr. Trump said in a statement released Friday in response to the Times article. “That meeting never happened.”

Giuliani also denied that the Oval Office conversation had ever taken place.

Records unearthed by House investigators, however, show that Giuliani’s months-long pressure campaign on Ukraine overlapped with the May meeting alleged in Bolton’s book.

Writing at Just Security earlier in the week, NYU School of Law professor Stephen Gillers weighed in on the question of the White House counsel’s apparent dual role in the impeachment case.

“A legal ethics rule — the ‘advocate-witness rule’ — says that when a lawyer should be a witness at trail, she cannot also be an advocate in the courtroom,” Gillers wrote. “The Senate chamber is not, of course, an ordinary courtroom, but that should make no difference. The goal is the same — to get the facts and find the truth.”