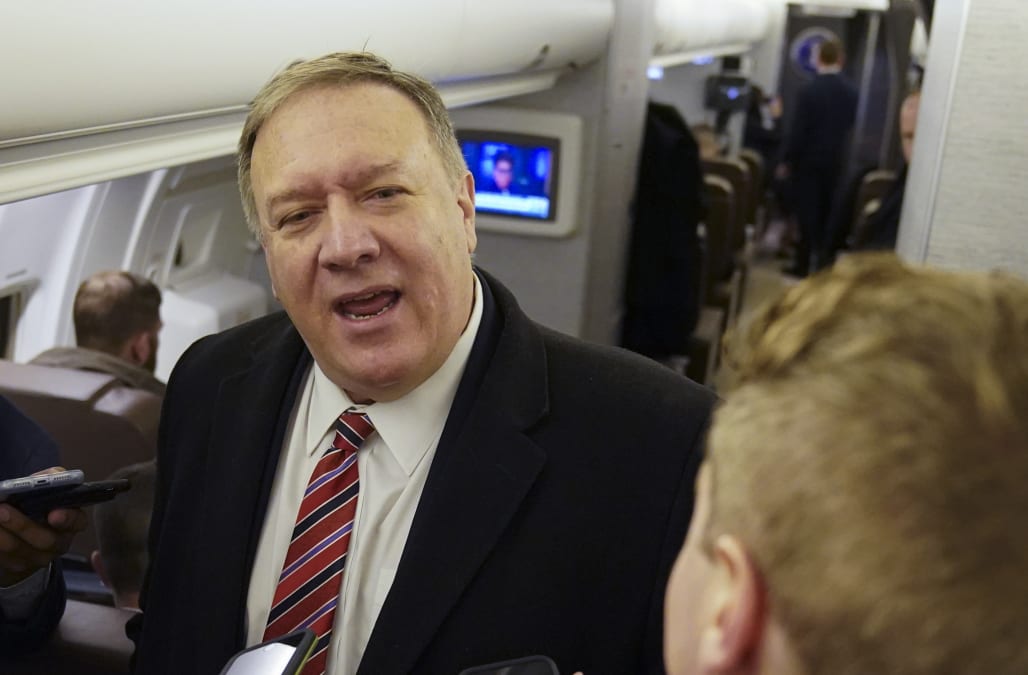 Donations to National Public Radio jumped after Secretary of State Mike Pompeo yelled at a reporter for daring to ask him about Ukraine.

Pompeo last week launched a profanity-laced tirade against Kelly after his on-air interview over her questions about Ukraine — even though Kelly had cleared the subject with his office beforehand.

Pompeo later did not dispute Kelly’s account of the ugly confrontation — but insisted it was “off the record,” which NPR denied. President Donald Trump later attacked NPR on Twitter and praised Pompeo for his behavior (see the video above).

But it ended up benefiting NPR. Donations from listeners are up across the network’s 1,000 member stations, according to Lara.

“It is always wonderful to hear from listeners who value public radio,” said Lara, who encouraged listeners to continue to donate to their local stations and “support local journalism.”

Lara said the network hasn’t yet tabulated the total increase since donations are spread over so many localities. The NPR station in Austin, Texas, KUT, attributed a surge of 124 donations since Friday to Pompeo’s treatment of Kelly, according to the Post. Over half of the contributions are from first-time donors.

“Debbie Hiott, GM of ⁦@KUT⁩ in Austin, tells ⁦@ErikWemple⁩ she attributes 100 donations in recent days to the Kelly situation.... Of the 124 gifts that the station has received since Friday, nearly half are from first-time givers.” https://t.co/ubCNCU1SEO

The executive director at WBHM in Alabama called the donation bounce “extraordinary.”

After Pompeo’s tirade, the State Department removed another NPR reporter, Michele Kelemen, from Pompeo’s trip this week to Britain, Ukraine, Belarus and Central Asia, despite strenuous objections from journalists who called the punitive move suppression of free speech.

In a statement about Kelly after their face-off, Pompeo indicated she had mistakenly identified Bangladesh as Ukraine in a map challenge Pompeo presented to her. She denied it, and no one else was buying it. Kelly, a longtime national security reporter who has extensively traveled the world, has a master’s from Cambridge University in European Studies. Some suspected it was Pompeo who goofed and intended to say Kelly had mistaken pointed to Ukraine’s neighbor Belarus in his failed attempt to embarrass her.

The path from Ukraine to Bangladesh looks like a graph of Pompeo's credibility. pic.twitter.com/ezznkObPc4

More from HuffPost US:
White House issues formal threat to Bolton to keep him from publishing book
Bolton reportedly raised alarm to Barr about Trump
VFW: Trump should apologize for downplaying troops' injuries