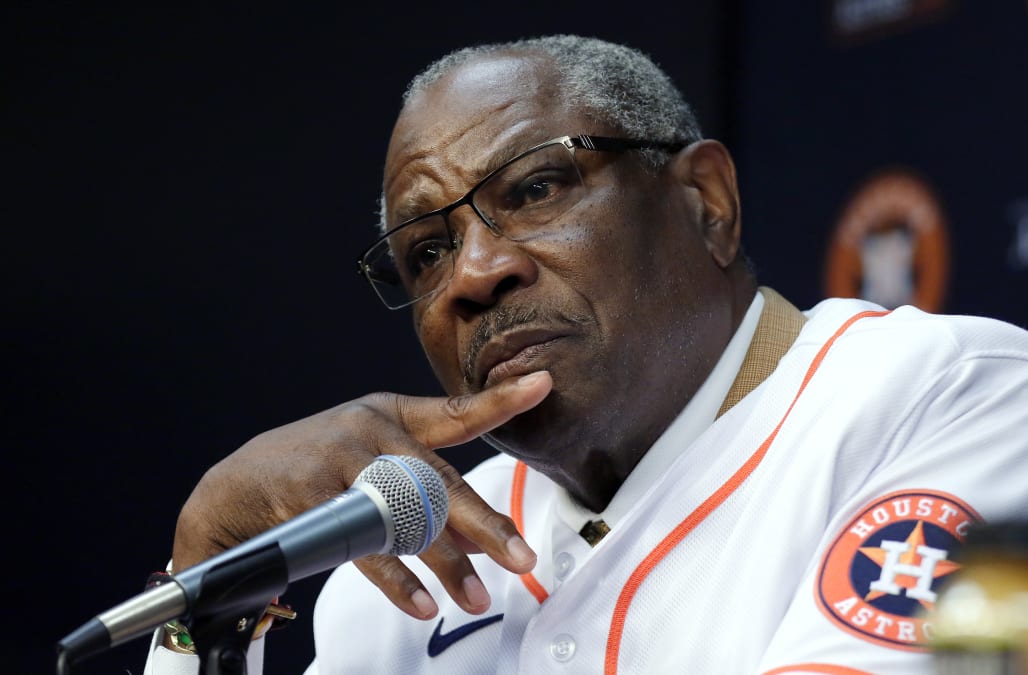 Dusty Baker was introduced Thursday as the new Houston Astros manager, the veteran hand coming in to right the ship after an offseason that’s been a disaster in just about every way possible.

Manager A.J. Hinch and general manager Jeff Luhnow were ousted by ownership after the revelations of the Astros’ cheating scandal. Now the head of a team that just walked out of a tornado, Baker said the one thing he needed to say Thursday in his introductory press conference: This won’t happen on his watch.

Baker on sign-stealing scandal: "We'll get to the bottom of it and try to flush it and forget it."

Baker on sign-stealing: "We have to go forward and make sure that it doesn't happen again. It's certainly not going to happen on my watch here."

Again, he said the thing he’s supposed to say.

It’s important to note, however, that MLB’s investigation revealed that Hinch didn’t endorse the Astros’ scheme, even going so far as to break the TV they were using to relay signs. But the players just got another one.

A well-meaning manager can’t stop everything.