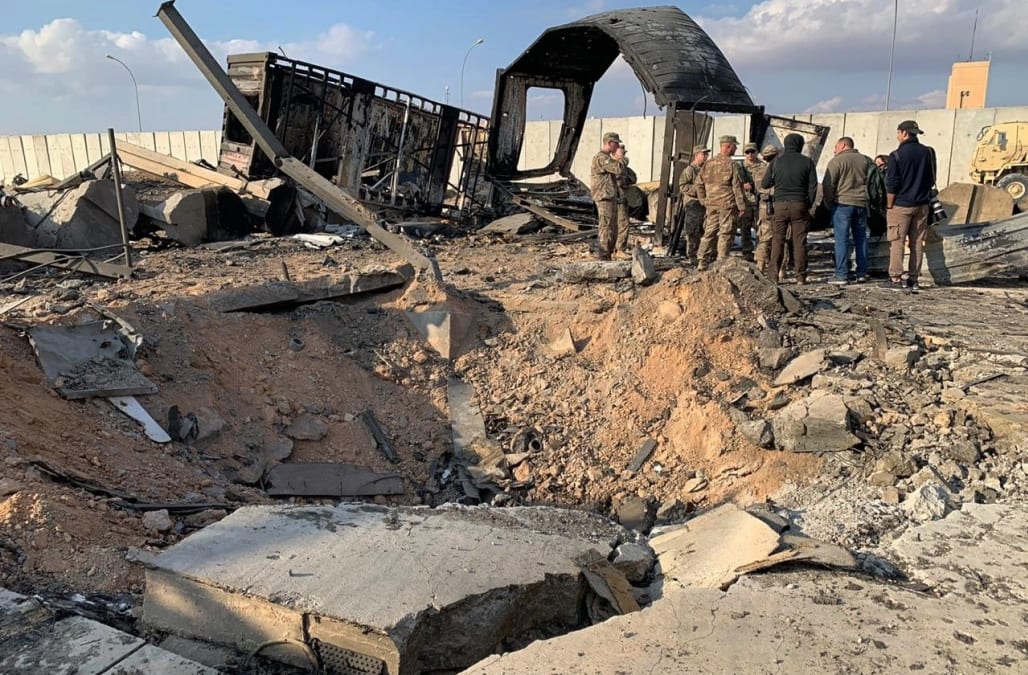 The Defense Department said Thursday that 14 more U.S. service members have been diagnosed with traumatic brain injury since the Iranian missile attack targeting U.S. forces at two Iraqi bases this month, bringing the total number to 64.

More than half, 39, have been returned to duty. The Pentagon characterized all 64 as having been diagnosed with "mild traumatic brain injury."

Traumatic brain injury, or TBI, can include concussions, according to the Centers for Disease Control and Prevention. The new number is an increase from earlier this week, when the Pentagon said 50 had been diagnosed. CNN reported the increase earlier Thursday.

"We'll continue to monitor them the rest of their lives, actually, and continue to provide whatever treatment is necessary," said Army Gen. Mark Milley, chairman of the Joint Chiefs of Staff. "And we take great pride in the fact that these are our own and we're going to take care of them."

Milley said thousands of people were at Ain al-Asad air base, which was one of the bases attacked, and that those within distance of the blast were evaluated.

"All of those people were screened, and we've got a certain number, and then the number's growing," he said, adding that traumatic brain injury can take time to manifest itself and that screening is continuing.

The injuries were diagnosed after the Jan. 8 Iranian ballistic missile attack on two Iraqi bases housing U.S. forces in retaliation for the United States' killing of Iranian Maj. Gen. Qassem Soleimani, who was commander of its elite Quds Force, in a drone operation outside Baghdad's airport. Twenty-one of the U.S. service members have been transported to Germany for further evaluation and treatment for TBI, Army Lt. Col. Thomas Campbell, a Pentagon spokesman, said in a statement Thursday.

Eight have returned to the U.S., and nine others are scheduled to return.

No one was killed. The day after the Iranian attack, President Donald Trump said no one had been hurt.

The chief Pentagon spokesman, Jonathan Hoffman, said last week that a lot of TBI symptoms develop late and manifest themselves over time.

Trump told reporters in Davos, Switzerland, last week that "I heard they had headaches" and that "I can report it is not very serious."

"I don't consider them very serious injuries relative to other injuries that I've seen," he said.

Trump's remarks prompted William "Doc" Schmitz, commander of the Veterans of Foreign Wars, to say that Trump minimized the troops' injuries and that he expected an apology from the president.

"TBI is a serious injury and one that cannot be taken lightly. TBI is known to cause depression, memory loss, severe headaches, dizziness and fatigue — all injuries that come with both short- and long-term effects," Schmitz said in a statement Friday. He called Trump's comments misguided.

Defense Secretary Mark Esper said: "DOD is a leading contributor in the treatment and research of brain-related trauma. We do everything we can to identify, treat and help our service members recover and return to duty."

Campbell said Thursday that the Defense Department "remains committed to providing the American people timely and accurate information about the care and treatment of our service members."

Two Iraqi bases were targeted, but the military statement Thursday said all of the cases resulted from the attack on Ain al-Asad.

The CDC says on its website that some symptoms of concussions and other traumatic brain injuries can appear right away but that other symptoms might not be noticed for days or months.