Over 6,000 people quarantined on cruise ship amid coronavirus scare 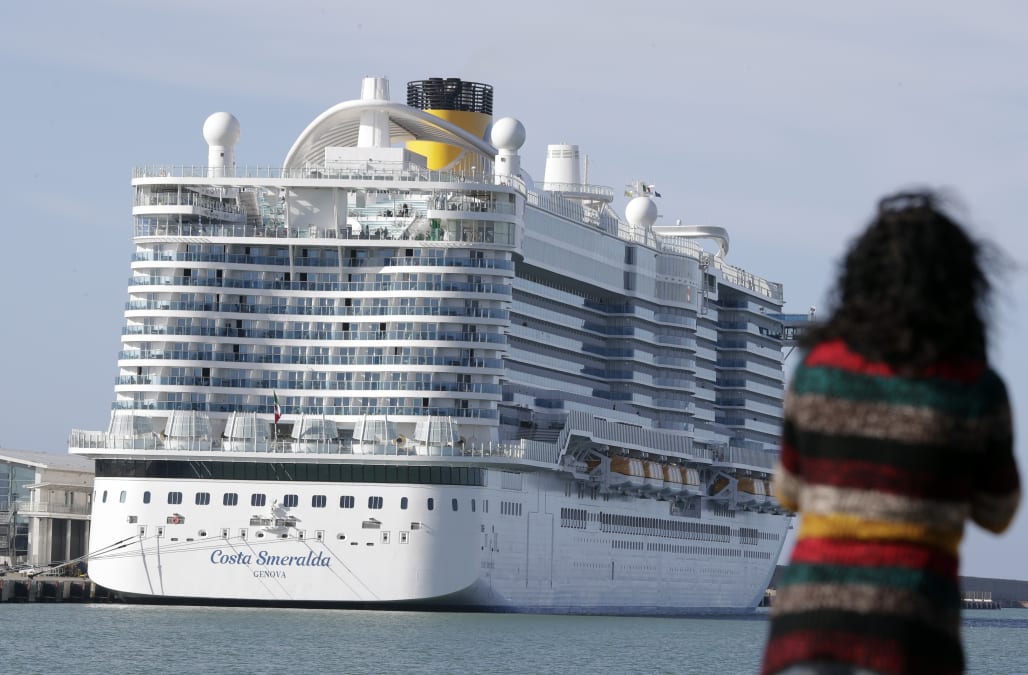 Some 6,000 passengers and employees have been quarantined on a Carnival-owned cruise ship at a port in Italy after one passenger allegedly exhibited symptoms of the Wuhan coronavirus.

A 54-year-old Chinese woman was placed in isolation aboard the Costa Smeralda, operated by Carnival Corporation's subsidiary Costa Cruises, in the port city of Civitavecchia, located about 50 northwest of Rome, on Thursday, USA Today reports.

The vessel set sail from Savona, Italy, on Jan. 25 and made stops in two Spanish ports — Palma de Mallorca and Barcelona — and in Marseille, France, before it was halted by officials in Civitavecchia on Jan. 30 after the female passenger reportedly began experiencing a fever and difficulty breathing, two common symptoms of the virus.

An Italian Coast Guard official confirmed to Bloomberg that all passengers and crew members are now being held on the Costa Smeralda — which has a total capacity of 6,600 — while a medical team from Rome examines the patient and her travel companion.

The incident comes amid mounting global fears over the rapidly spreading coronavirus, which originated in Wuhan, China, and has since spread in a limited capacity to over a dozen other countries, including the United States, Japan, Australia, France, Germany and Canada.

Although, if confirmed, the Costa Smeralda passenger would be the first case of coronavirus reported on a cruise ship, cruise operators are already taking precautionary measures to prevent outbreaks onboard their vessels.

Royal Caribbean International has canceled select cruises from Shanghai while Carnival Corporation has canceled four of its scheduled trips in the region, James Hardiman, the managing director of equity research for Wedbush Securities, told Yahoo Finance on Tuesday.

Hardiman estimated that each canceled voyage can cost a cruise company $3 to $4 million of revenue.

Major airlines, including American Airlines, United Airlines and British Airways, have also announced multiple flight cancellations both to and from China.

Although the virus continues to spread, with over 7,700 reported cases and 170 reported deaths, most of which have been recorded in mainland China, health officials assure that the risk of an outbreak in the United States remains low.