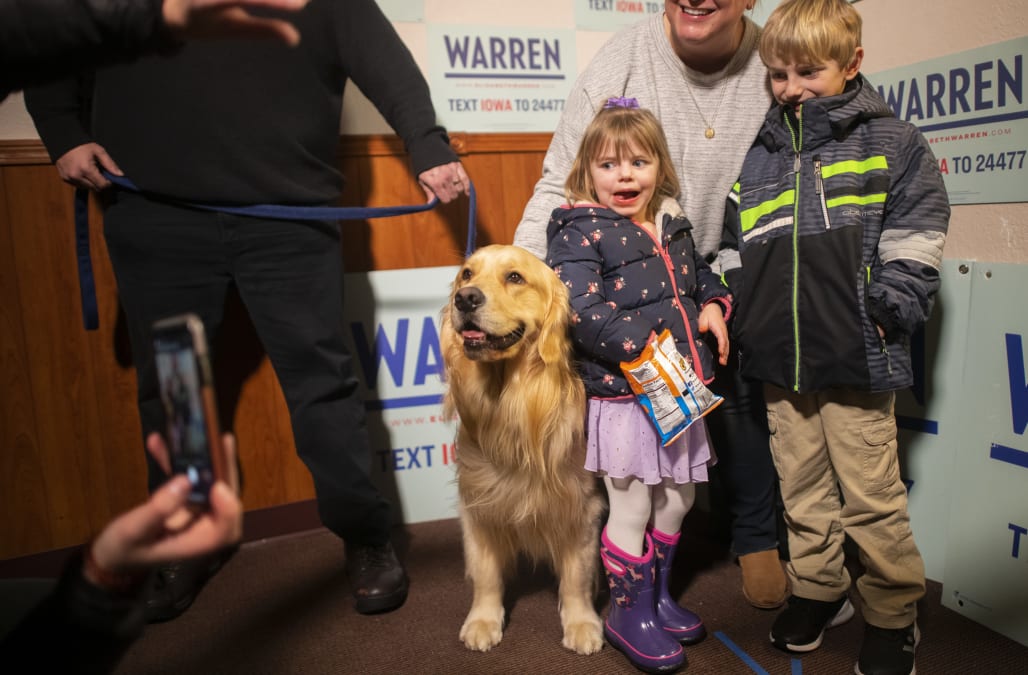 While Sen. Elizabeth Warren is stuck in Washington for the Senate impeachment trial of President Trump, her loyal companion is campaigning for her in Iowa.

Bailey Warren, who, if his caregiver wins the presidential election would be the first dog of the United States, was enlisted to campaign in her place days before the Iowa caucuses.

The 2-year-old golden retriever is taking selfies, meeting Iowans on walks, playing with kids in the snow and stealing hearts on the campaign trail along with his dad, Warren’s husband, Bruce Mann.

Bailey even got to meet Gideon, an 11-year-old boy who runs the popular Twitter account called "I’ve Pet That Dog," and he got to pet the potential future first dog.

"The most important issues he wants addressed are more Milkbones and getting rid of student debt," the boy wrote on Twitter.

I pet Bailey Warren. He is an almost 2 year old Golden Retriever. He is campaigning through Iowa to become First Dog. The most important issues he wants addressed are more Milkbones and getting rid of student debt. pic.twitter.com/g3ZWD1bD3Y

Sen. Bernie Sanders, who is also stuck in Washington, has Rep. Alexandria Ocasio-Cortez campaigning in Iowa in his place. While Joe Biden and Mayor Pete Buttigieg are scheduled for town halls across the state this week.

"Within 24 hours [of Bailey arriving in Iowa], the Des Moines Register had endorsed Elizabeth," Mann joked, according to the New York Post. "You be the judge: correlation or causation, but I think Bailey is a natural closer."