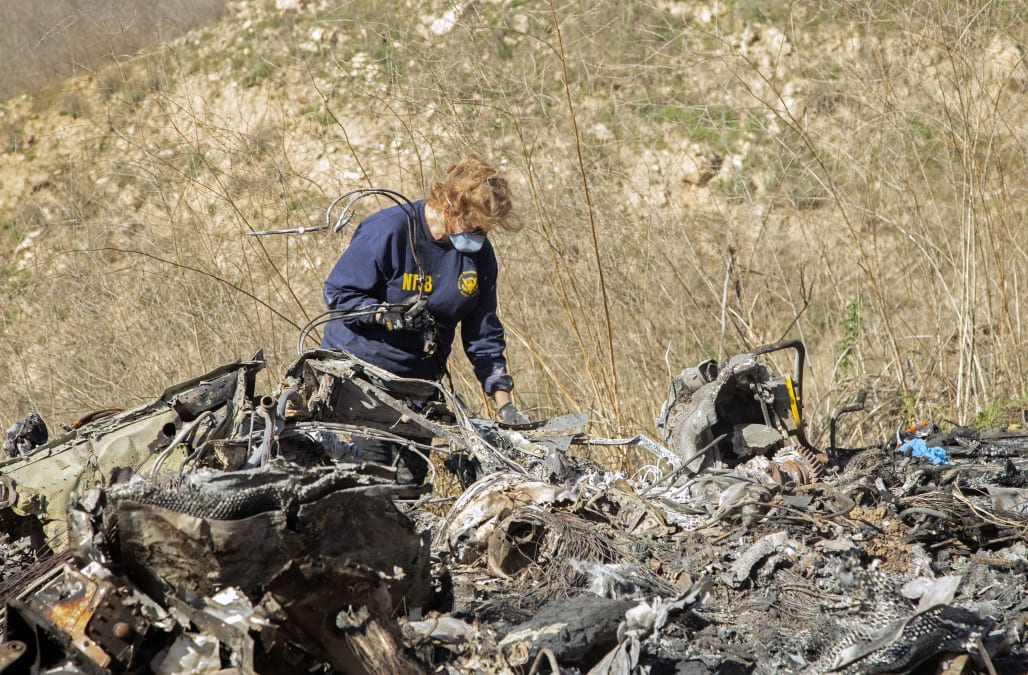 The company that operated the helicopter that crashed on Sunday in Calabasas, Calif., killing Kobe Bryant, his daughter Gianna and seven others has suspended operations.

Island Express Helicopters made the announcement in a statement Thursday provided to ABC News.

“All services (regular and charter) were immediately suspended following the tragic accident on Sunday, January 26,” the statement reads. “The shock of the accident affected all staff, and management decided that service would be suspended until such time as it was deemed appropriate for staff and customers.”

The company acknowledged on Monday that it owned the Sikorsky S-76 helicopter that crashed and that it was cooperating with a National Transportation Safety Board investigation.

Bryant chartered the Sunday flight for transportation to a basketball tournament featuring his daughter’s team at Bryant's Mamba Sports Academy in Thousand Oaks. It crashed into a hillside amid foggy conditions northwest of Los Angeles.

Report: Company not certified for equipment

Shortly after the company’s announcement, the New York Times reported that Island Express lacked proper certification for pilot Ara Zobayan to operate with the navigation system equipped in the helicopter, though Zobayan himself was certified to use the equipment.

Because the helicopter’s owner wasn’t certified, it wasn’t legal for Zobayan to depend on the the sophisticated navigation equipment in conditions that did not permit visual navigation, according to the Times.

Island Express did not respond to a Times request for comment.

The NTSB announced on Tuesday that the helicopter wasn’t equipped with the Terrain Awareness and Warning System (TAWS) that could have alerted pilot Ara Zobayan that he was approaching the hillside before the crash.

“Certainly, TAWS could have helped to provide information to the pilot on what terrain the pilot was flying in,” NTSB representative Jennifer Homendy said on Tuesday.

It’s not clear if the presence of TAWS would have prevented the crash.

Homendy said that the NTSB recommended in 2006 that all helicopters capable of carrying six or more passengers be equipped with TAWS after a Sikorsky S-76A crash in the Gulf of Mexico claimed 10 lives. She said that it wasn’t a legal requirement after the Federal Aviation Administration didn’t follow the recommendation.

History of crashes with Island Express

Multiple reports have cited NTSB records pointing to three previous crashes of helicopters operated by Island Express since 1985. Prior to Sunday, the company had not experienced a crash since 2008.

Three people were killed and three others injured when an engine failure on an Island Express helicopter prompted an emergency landing on Catalina Island off the coast of Southern California in 2008, according to records.

In 1999, another Island Express helicopter crash landed on Catalina Island because of engine failure, resulting in one major and six minor injuries.

A preliminary NTSB report into Sunday’s crash is expected next week.