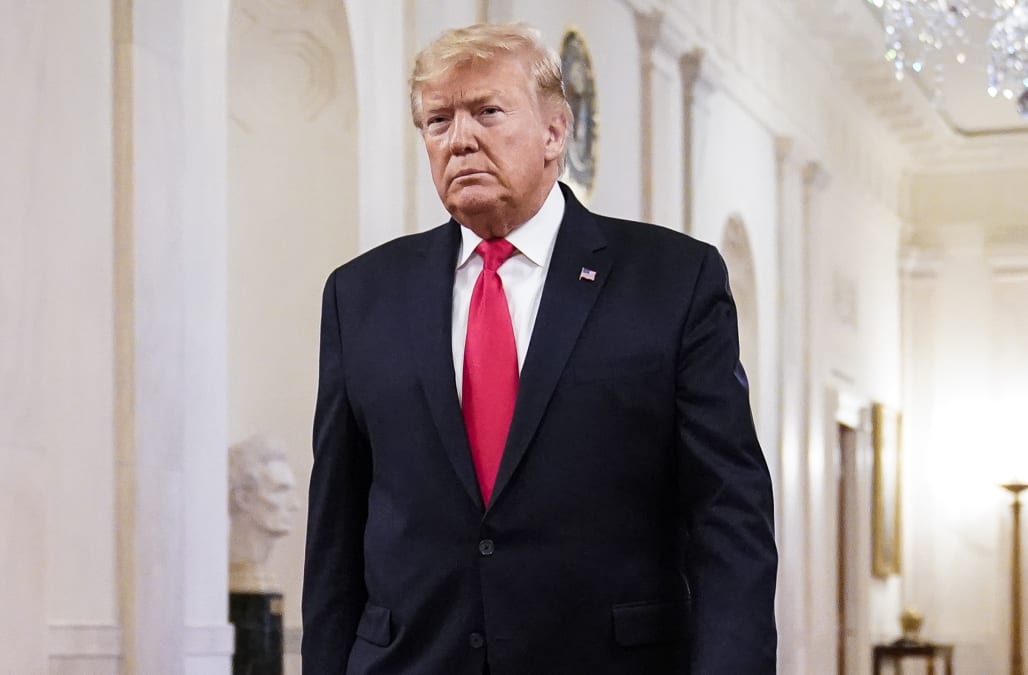 “For a guy who couldn’t get approved for the Ambassador to the U.N. years ago, couldn’t get approved for anything since, ‘begged’ me for a non-Senate approved job, which I gave him despite many saying ‘Don’t do it, sir,’ takes the job, mistakenly says ‘Libyan Model’ on T.V., and many more mistakes of judgement, gets fired because frankly, if I listened to him, we would be in World War Six by now, and goes out and IMMEDIATELY writes a nasty & untrue book. All Classified National Security,” Trump wrote in a pair of tweets. “Who would do this?”

Senate Republicans have blocked calls for new testimony from witnesses, including Bolton, who have firsthand knowledge of Trump’s requests for Ukrainian President Volodymyr Zelensky to investigate former Vice President Joe Biden, his son Hunter and a debunked conspiracy theory involving the Democratic National Committee’s server. Majority Leader Mitch McConnell plans for the Senate to take up the question on Friday.

On Sunday night, the New York Times reported that in an initial draft of his upcoming book, Bolton described Trump telling him in August that he wanted $391 million in aid to Ukraine frozen until that country’s government announced investigations into the Bidens — an allegation that is at the center of the impeachment case against the president, and until the news of Bolton’s book had been mostly supported by second-hand testimony.

“I NEVER told John Bolton that the aid to Ukraine was tied to investigations into Democrats, including the Bidens,” Trump tweeted. “In fact, he never complained about this at the time of his very public termination. If John Bolton said this, it was only to sell a book.”

I NEVER told John Bolton that the aid to Ukraine was tied to investigations into Democrats, including the Bidens. In fact, he never complained about this at the time of his very public termination. If John Bolton said this, it was only to sell a book. With that being said, the...

But the fallout from Bolton’s book bombshell put immediate pressure on Senate Republicans, including Sen. Mitt Romney, who told reporters Monday morning that he thought new revelations will increase the number of GOP senators who would support calling at least Bolton to testify.

Bolton, a fixture in Republican administrations and the conservative movement since the 1980s, immediately became persona non grata on the right. Fox Business News host Lou Dobbs, a reliable indicator of Trump’s thinking, said he had been “reduced to a tool for the radical Dimms and the Deep State.”

On Tuesday, Trump’s defense lawyers argued that Bolton’s testimony was irrelevant because even if his account of his conversation with the president is accepted, the facts don’t support a conviction under the Constitution.

“You cannot impeach a president on an unsourced allegation,” Trump lawyer Jay Sekulow said. “Even if everything in there was true, it constitutionally doesn’t rise to that level.”

It is unclear what Sekulow meant by “unsourced allegation,” as Bolton’s book recounts conversations he personally participated in.

As a candidate in 2015, Trump said on NBC’s “Meet The Press” that he watched television — or “the shows” — for foreign policy advice. When pressed to name a “go-to” military adviser, Trump said: “Probably there are two or three. I like Bolton. I think he’s a tough cookie, knows what he’s talking about.”

In March 2018, Trump announced the appointment of as Bolton national security adviser -- his third in less than 14 months -- in a presidential tweet. A few weeks later the president tweeted that foreign and trade policy was in good hands, and it “ [f]eels great to have Bolton … on board.”

Bolton had reportedly been on Trump’s shortlist of candidates for the post since the beginning of the administration, but the president officials reportedly hesitated, in part, because he didn’t like Bolton’s mustache.