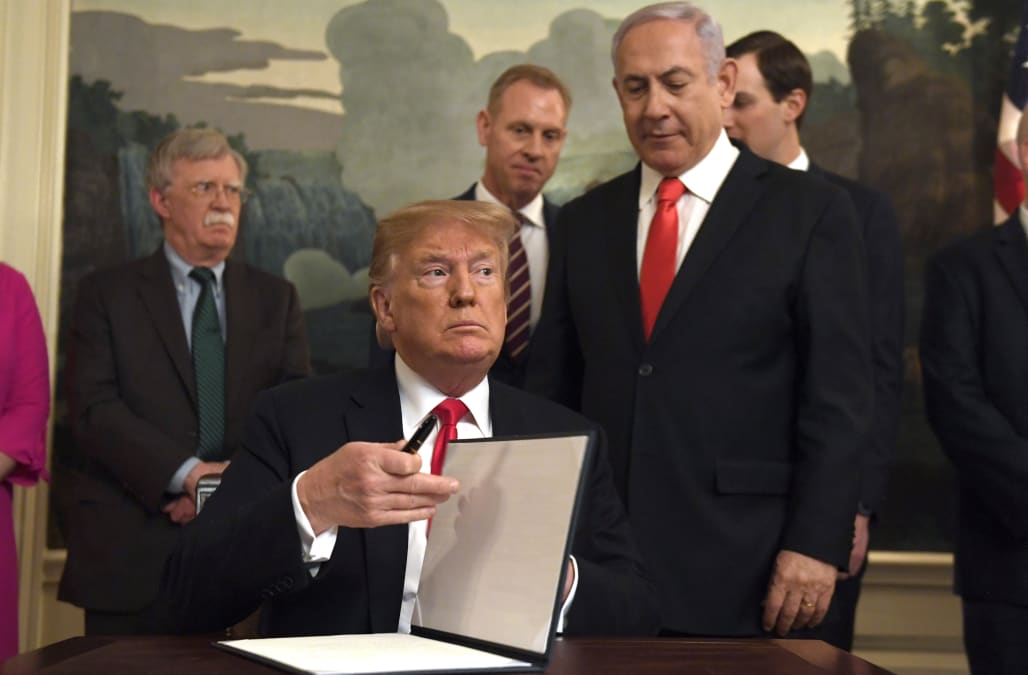 According to a new Yahoo News/YouGov poll, bombshell revelations from the upcoming book by former national security adviser John Bolton — which reportedly includes an account of President Trump insisting that military aid to Ukraine be withheld until officials there announced investigations into his political rivals — have moved public opinion further in favor of calling Bolton to testify in Trump’s ongoing impeachment trial.

Bolton’s claim is the first time a senior administration official has provided first-person evidence of an explicit quid pro quo in the president’s dealings with Ukraine, an issue at the heart of the Senate proceedings.

Trump has denied the allegation, tweeting that he “NEVER told John Bolton that the aid to Ukraine was tied to investigations into Democrats.” Yet when the Yahoo News/YouGov poll asked registered voters who they believed, 45 percent said Bolton and only 39 percent said Trump.

Seeking to gauge how views on impeachment have shifted over the last week, the new poll surveyed the same voters as the earlier poll and was conducted Jan. 28 and 29.

Among the more than 1,200 respondents surveyed both before and after the Bolton revelations, 23 percent of those who initially said the Senate should not call new witnesses have changed their mind since last week, with 11 percent now saying the Senate should call new witnesses and 12 percent now saying they’re not sure. A smaller percentage (16 percent) have moved in the opposite direction on witnesses, from “yes” to “no” or “not sure.”

What hasn’t changed is the public’s overarching opinion about Trump’s alleged misconduct. A majority of registered voters (52 percent yes vs. 43 percent no) continue to say that he abused his power as president; at the same time, registered voters remain evenly divided (44 percent yes vs. 46 percent no) over the question of whether the president should be removed from office.

That said, the Senate’s upcoming vote Friday on whether to allow new witnesses — a development Republicans now believe they have the votes to block — could trigger real political consequences for senators facing reelection in November. Asked whether their senator’s decision to vote against calling new witnesses will make them more or less likely to vote for that senator on Election Day, 45 percent of registered voters in states with 2020 Senate elections said “less likely.” Only 21 percent said the opposite.

More from Yahoo News:
Trump, trying to head off testimony, says Bolton would have started ‘World War Six’
Trump lawyers slammed in wake of Bolton book news
Trump: Schiff 'has not paid the price, yet'