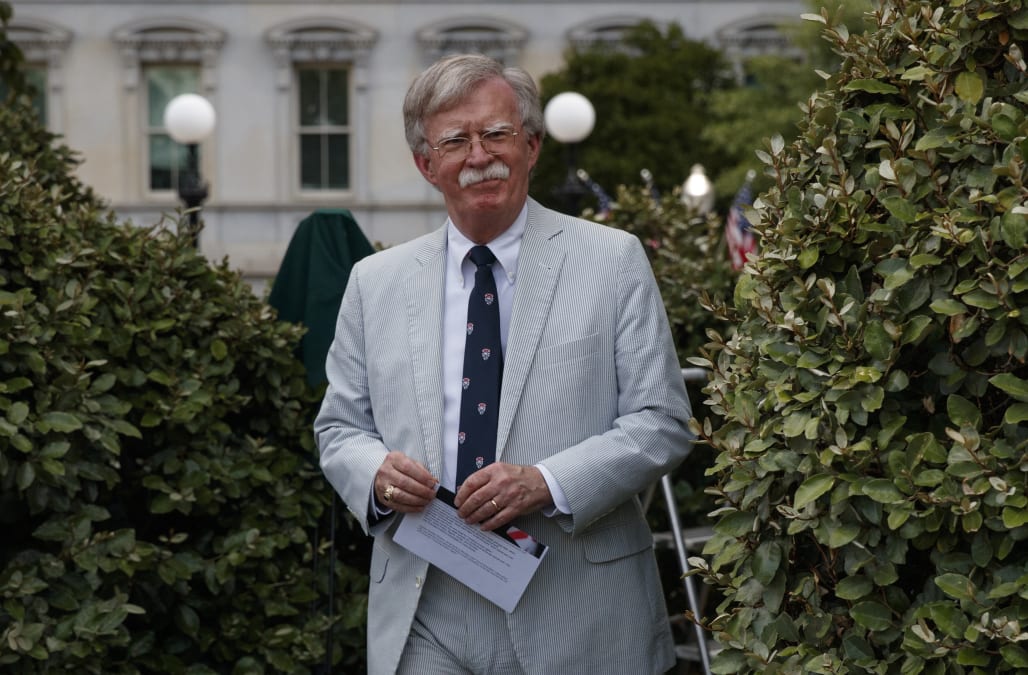 Rep. Eliot Engel pushed back on President Donald Trump's claims that John Bolton didn't complain about the president's conduct toward Ukraine as the Foreign Affairs Committee chairman revealed a September call with Bolton in which the former NSA chief told him to examine the ouster of the former U.S. ambassador to Ukraine.

"President Trump is wrong that John Bolton didn't say anything about the Trump-Ukraine scandal at the time the President fired him," Engel, D-N.Y., said in a statement. "He said something to me."

Engel said that he reached out to the former national security adviser on Sept. 19 to ask if he would speak before the Foreign Affairs Committee regarding U.S. foreign policy. Engel said the two then had a call days later, on Sept. 23, when Bolton "suggested to me — unprompted — that the committee look into the recall of Ambassador Marie Yovanovitch."

"He strongly implied that something improper had occurred around her removal as our top diplomat in Kyiv," Engel continued. "At the time, I said nothing publicly about what was a private conversation, but because this detail was relevant to the Foreign Affairs, Intelligence, and Oversight Committees' investigation into this matter, I informed my investigative colleagues. It was one of the reasons we wished to hear from Ambassador Bolton, under oath, in a formal setting."

Engel's remarks come as Trump berated his former national security adviser, bashing Bolton after he reportedly contradicted a key element of the president's impeachment defense in an upcoming book.

Early Wednesday, Trump asked: "Why didn't John Bolton complain about this 'nonsense' a long time ago, when he was very publicly terminated."

Earlier this week, The New York Times reported that according to a manuscript of Bolton's book, Trump told Bolton in August that nearly $400 million in aid to Ukraine would not be released until the country provided all of the information it had in connection to the investigations of Democrats the president sought. The manuscript has not been seen by NBC News.

That reported conversation contradicts the president's impeachment defense, as Trump and allies have said the hold on military aid and investigations were not linked. Trump said he "NEVER" had such a conversation with Bolton.

In a statement Wednesday, Sen. Lindsey Graham, R-S.C., seemed to suggest that Trump should stop publicly blasting Bolton because it could increase the chance of him being called to testify before the Senate, saying he is "concerned when John Bolton’s credibility is attacked, it makes it more likely some will feel the need to call him as a witness."