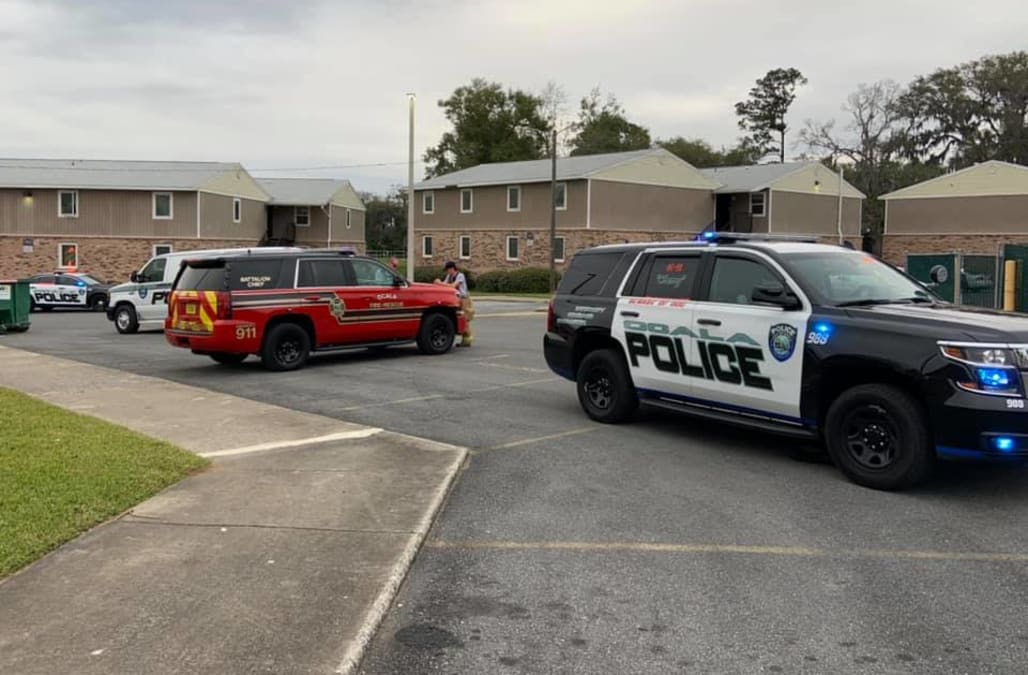 A 9-year-old Florida boy has been charged with attempted murder in the first degree after he allegedly stabbed his 5-year-old sister, NBC News reported.

On Monday, a mom left her two kids home for about 10 minutes to check the mail and buy them candy. When she returned, she found her son stabbing her daughter in her back, in his bedroom, shouting, "die, die," People reported.

The mom grabbed the knife and took her daughter to the bathroom and called the police, according to an arrest affidavit obtained by NBC News. Her son fled the scene on foot. Police responded to the report of the stabbing at Berkeley Point Apartments and found the boy hiding in a maintenance shed on the property soon after. The girl, who had multiple stab wounds, was flown to a nearby hospital and is in stable condition, an Ocala Police Department spokesman said.

"It was just a really disturbing scene," an Ocala Police spokesperson told WOFL.

The 9-year-old allegedly told detectives that he stabbed his sister because he "wanted to be able to go outside," the affidavit said. He added that the idea came to him two days before and he "tried to get it out of his head but could not."

"This is a heartbreaking case," Ocala Police spokesperson Corie Byrd told People in a statement. "The Ocala Police Department wishes for the speedy recovery of the victim and appropriate action from the state for the suspect; whether that be detention or assistance, the end goal is for both of these children to be able to return to normal functioning lives within the community."

The judge ordered a psychiatric evaluation of the boy, who was not identified because of his age. He will stay in juvenile detention until his next court date on Feb. 5, according to a WOFL reporter.

The 9 year old suspect charged with attempted 1st degree murder for allegedly stabbing his 5 yr old sister in the back in Ocala just had 1st court appearance. Judge ordered psychiatric evaluation. He will stay in juvenile detention. Next court date Feb. 5 AM. pic.twitter.com/eA5aJIQaSN