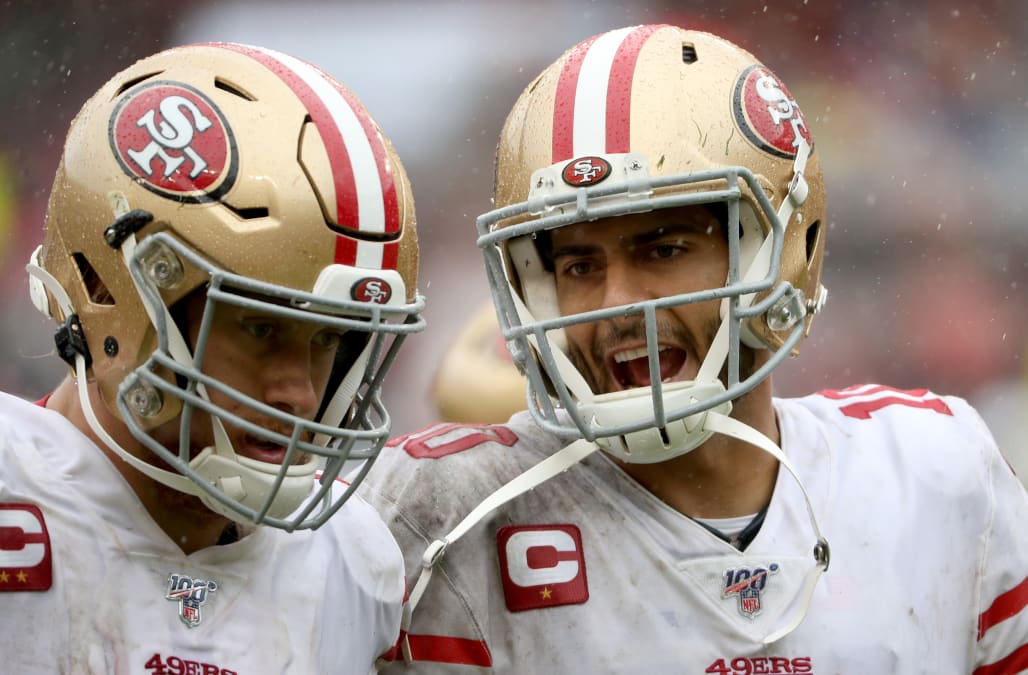 No one is perfect — not even Jimmy Garoppolo.

The superstar San Francisco 49ers quarterback may not have many fatal flaws in his football game, but according to highly-praised tight end George Kittle, there's one thing that Garoppolo is truly terrible at.

"He is the worst texter of all time," Kittle, 26, said of his teammate during Super Bowl LIV Opening Night in Miami. "I'm telling you, he leaves me on read all the time."

The third-year NFL star listed several different situations during which Garoppolo seemingly ignores his text messages, including when Kittle is seeking advice on a play — or simply asking if the quarterback wants to go see a movie.

"And then the next day, he's like, 'Yeah, I got your text, I just didn't respond,'" Kittle continued. "Thanks, Jim. That's awesome."

Kittle has been teammates with Garoppolo since 2017, the year Kittle was drafted and Garoppolo was traded to the 49ers by the New England Patriots.

Garoppolo already has two Super Bowl championships to his name, both from his time in New England serving as Tom Brady's backup. The 28-year-old revealed that Brady texted him a thoughtful "good luck" message ahead of the big game, but didn't clarify if he ever responded.