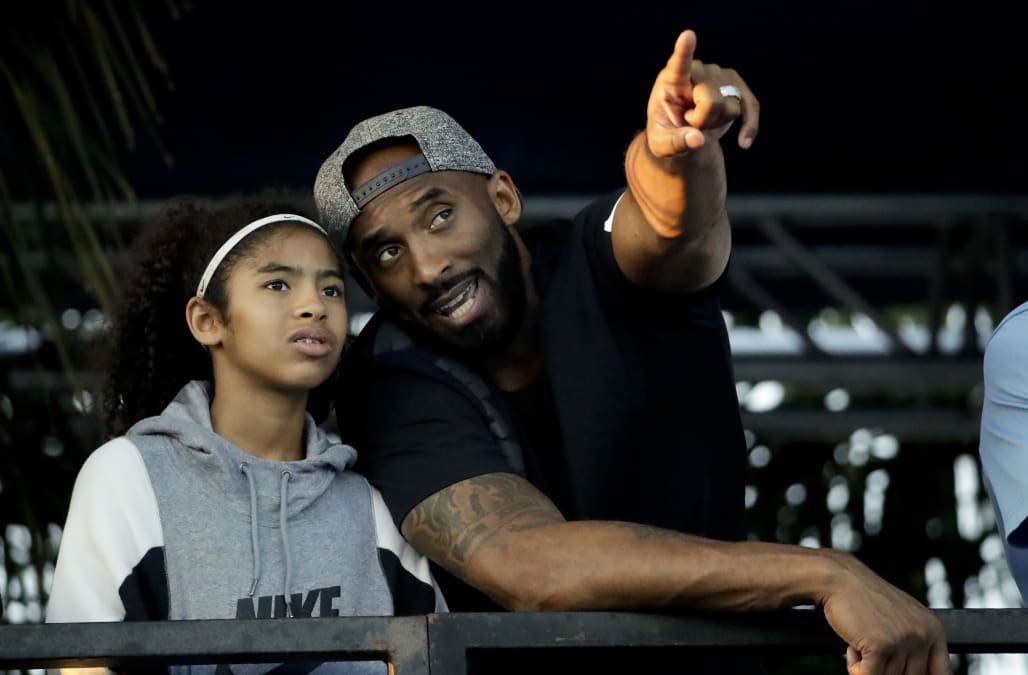 In the wake of the tragic death of NBA legend Kobe Bryant, his 13-year-old daughter Gianna and seven others, countless anecdotes have emerged to tell the story of Bryant, the person.

One of them, told by ESPN’s Ellen Duncan on Monday night’s SportsCenter, is inspiring even more powerful messages.

"I would have 5 more girls if I could. I'm a girl dad."@elleduncanESPN's story about how much Kobe loved his daughters is something special. pic.twitter.com/1KJx17QRjY

“I asked him advice on raising girls, as he quite famously had three at the time,” Duncan said of Bryant. “He said, ‘just be grateful that you’ve been given that gift because girls are amazing ... I would have five more girls if I could. I’m a girl dad.’”

Duncan’s retelling of her run-in with the Los Angeles Lakers great and how much he loved being a father of, three at that point, eventually four, daughters led to the creation of the #girldad hashtag, and the parents of Twitter were more than happy to tell the story of their own children.

By the grace of God and the beautiful gift of adoption I am a #GirlDad. Kobe was such a great example... I can’t wait to try and follow in his footsteps #MambaDadpic.twitter.com/lHbl4E30u7

I'm so proud and lucky to be a #GirlDad. ❤️❤️ https://t.co/sluOIktQwu

The last time I remember John crying, aside from this week, was when Luna wrapped her little finger around his at the hospital when she was born. There really is something magical about girls and their dads. Thank you, @elleduncanESPNhttps://t.co/P4VL5Z8dC4pic.twitter.com/hgWWB0DHcB

3 boys, 2 miscarriages (also boys) and lots of resolve from my wife made it possible for me to finally become a #girldad to shyla 3 years ago ❤️ pic.twitter.com/g7kEfrorIm

They are my world #girldadpic.twitter.com/6sEaQygjZu

My favorite title: A girl Dad.
You give me life, you are my air, you are my heart. I wish you only knew, just how much I really love you, kid. 💜💛 #girldad#KobeBryantpic.twitter.com/k9wE81WgWq

My husband isn't very active on Twitter but his most viral moment on the internet is him teaching our daughter the magic of Pokemon: #girldadpic.twitter.com/Fs42zYl7dt

Duncan was clearly touched to see the impact her story had.

I’m so moved by the outpouring of support behind my story about Kobe. And I love that #girldad is trending.. so for all those proud fathers who still have their girls to love on can you flood my timeline with pics of you and your flock. Honestly I need it as much as anyone rt now

More from Yahoo Sports:
All 9 bodies recovered from 'devastating' site of crash that killed Kobe Bryant
Tracy McGrady says young Kobe Bryant told him 'I want to die young, I want to be immortalized'
Nike pulls Kobe Bryant gear from online store in wake of his death