So many paparazzi, mourners, and 'looky-loos' have swarmed the site of Kobe Bryant's death that officers are patrolling the area on horses and ATVs 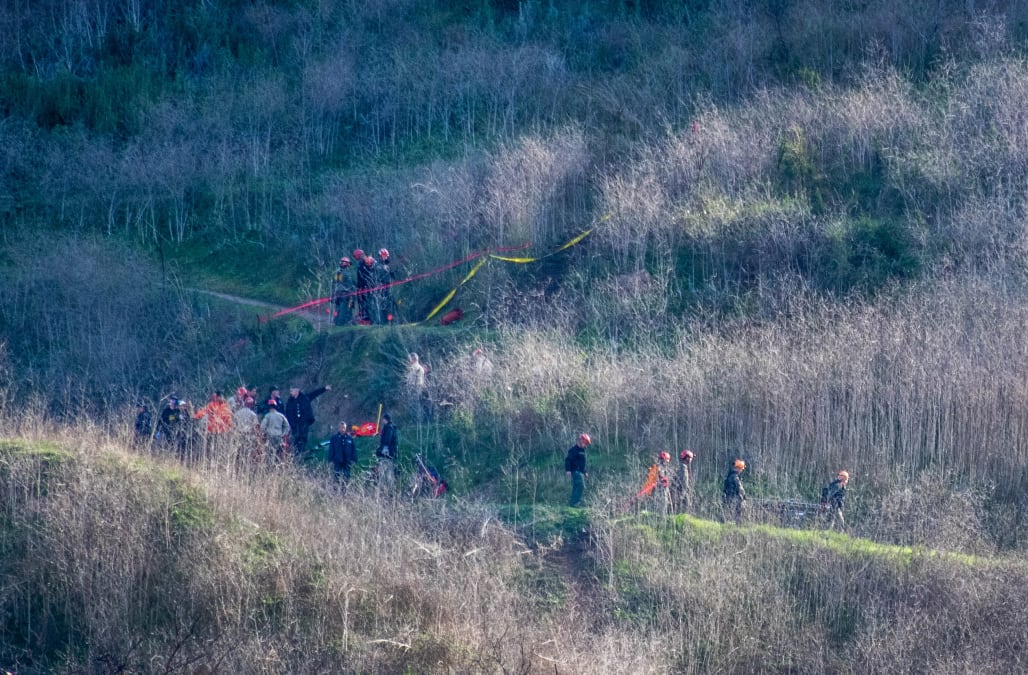 The site of NBA star Kobe Bryant's fatal helicopter crash has attracted so many paparazzi, fans, and drones that the Los Angeles County Sheriff is deploying officers on horseback to keep them away, officials said.

Bryant's private Sikorsky S-76 helicopter crashed on Sunday morning after flying in extremely foggy conditions, and federal transport authorities are investigating. All nine people onboard, including Bryant and his daughter, died.

Several people unauthorized to access the crash site had been trying to go by foot or by drone, LA Sheriff Alex Villanueva told reporters Monday, according to the New York Post, Fox News, and NBC's Charlie Gile.

LA officials had on Sunday already sealed off the roads surrounding the crash site to prevent people from going.

Villanueva did not say how many people had been trying to enter the police perimeter, and described them as a mixture of "well-wishers, looky-loos, people that are grieving."

"Unfortunately we had an inordinate amount of interest in accessing the crash site by unauthorized personnel so we're now patrolling the area on horseback — old-fashioned technology," Villanueva said Monday, according to Fox News.

Law-enforcement officers had been "able to basically shoo everyone away" without making any arrests, but so many people been been trespassing the police perimeter the sheriff is now deploying patrol officers on horseback and quad bikes, also known as all-terrain vehicles (ATV), the New York Post reported.

"We also have deputies on ATV patrolling the area and perimeter because it's very rugged terrain and very difficult to access and we want to make sure everyone stays where they should be," Fox News cited Villaneuva as saying.

The sheriff's office has also issued an emergency ordinance that makes it a misdemeanor to unlawfully access the site of the crash, CNN and CBS News reported.

LA authorities will also continue to impose road closures and flight restrictions near and over the crash site, CNN reported Villanueva as saying. Residents will also have to show proof they live there to enter the area.

The coroner is still recovering the remains from the crash site, CNN reported. On Sunday, the LA County coroner's office said it would take at least two days to complete recovery efforts due to the foggy conditions in the area.

Jennifer Homendy, a member of the investigating National Transportation Safety Board, on Monday said the debris spans a 500-to-600-feet radius and described the crash scene as "pretty devastating."