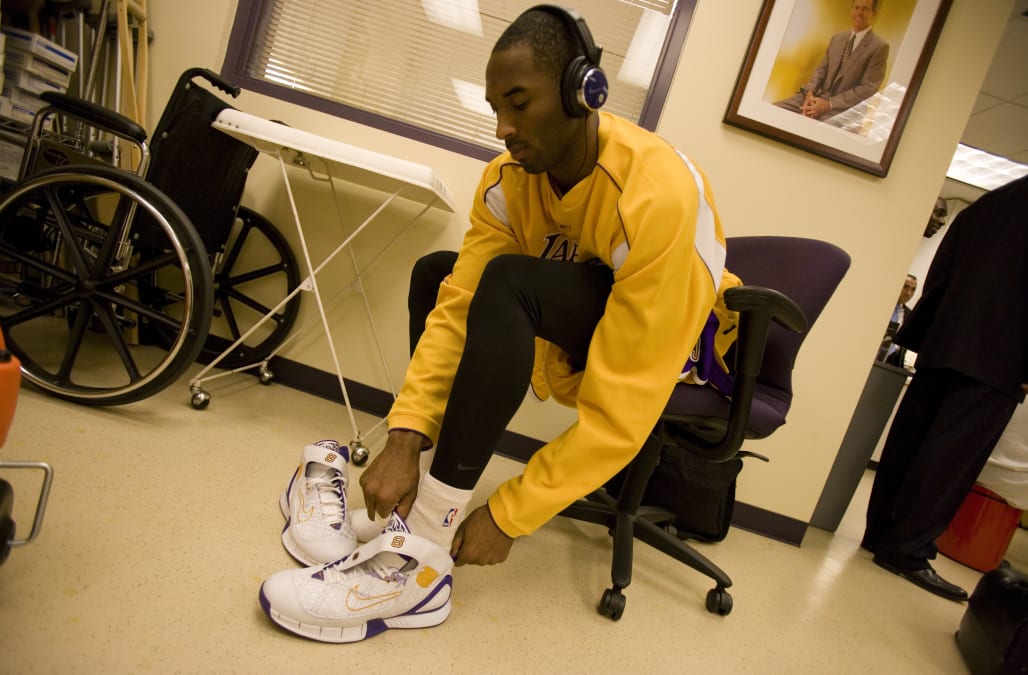 Nike has pulled all Kobe Bryant-related items from its online store in the wake of the basketball icon’s death.

The company confirmed the decision to pull the items with ESPN’s Nick DePaula as it reevaluates its strategy on how to handle the signature gear of the late basketball great. Part of that strategy is limiting resellers’ ability to stockpile Kobe gear for the secondary market, according to the report.

Bryant’s sneakers are a flagship of the Nike brand and popular among NBA players. Bryant was active in the design process for his signature shoes.

Dallas Mavericks star Luka Doncic sported a pair of Kobes in Monday’s win over the the Oklahoma City Thunder. He wrote the names of the victims of the helicopter crash that claimed nine lives in Calabasas California on Sunday, including Bryant and his 13-year-old daughter Gianna.

Luka pays tribute to all the victims of yesterday's tragedy on his kicks tonight.

Nike is also debating whether or not to move forward with or postpone the planned Feb. 7 launch of a new color scheme of the Kobe 5 Protros, according to the report.

Along with millions of athletes and fans throughout the world, we are devastated by today’s tragic news. We extend our deepest sympathies to those closest to Kobe and Gianna, especially their family and friends.

As we are learning more details of the accident and the others who have tragically lost their lives, our heartfelt sympathies go out to everyone involved and impacted.

Kobe was one of the greatest athletes of his generation and has had an immeasurable impact on the world of sport and the community of basketball. He was a beloved member of the Nike family. We will miss him greatly. Mamba forever.

More from Yahoo Sports:
LeBron James pens note to Kobe Bryant: 'I'm heartbroken and devastated'
The tragedy of losing Kobe because he was trying to be the best dad
NBA postpones Tuesday's Lakers-Clippers game after Kobe Bryant's death