Mom of viral meme star threatens lawsuit against Rep. Steve King: 'I was filled with rage' 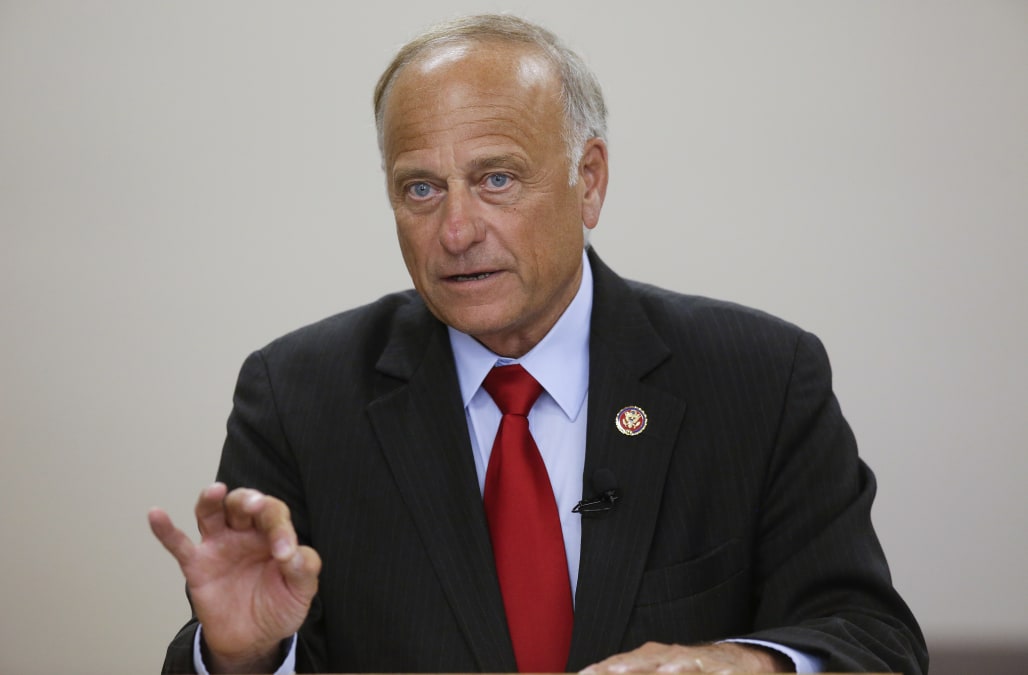 The mom of the boy in the "Success Kid" meme is threatening to sue Rep. Steve King for using her son's image in his campaign fundraising efforts.

Attorneys for the woman, Laney Griner, sent King and his campaign a cease-and-desist letter on Monday, arguing that the Republican lawmaker was infringing on her copyright and violating the rights of her son, Sam, by using the image in an ad, BuzzFeed News reported.

"Not only have you falsely implied by your unauthorized use that 'Success Kid' is somehow associated with and supports your campaign, you have misrepresented to the general public that you are acting on behalf of and even have some proprietary interest in 'Success Kid' and Sam's image by emblazoning his photograph with the legend 'FUND OUR MEMES' in large red block letters," Griner's attorney, attorney Stephen D. Rothschild wrote in the letter, according to the Hollywood Reporter.

As of late Monday, Rothschild told the Washington Post that he had not received a response. The letter demands action by Wednesday. Otherwise, Griner will sue King, his campaign and a conservative fundraising site, according to the letter.

Griner first noticed the ads last week, when she retweeted an image of the ad on King's Facebook page, saying she did not give him permission to use it.

"I have/would never give permission for use of my son's photo to promote any agenda of this vile man or that disgusting party," she tweeted.

Just so it’s clear - I have/would never give permission for use of my son’s photo to promote any agenda of this vile man or that disgusting party. https://t.co/AVdl9dxXCs

She told the Washington Post she was "filled with rage" when she saw her son's famous face on his page.

"It made me so angry," the 44-year-old mother continued. "It was just kind of shocking."

Griner first posted the photo of her son clutching sand with a grin on his face on Flickr in 2007, BuzzFeed News reported. The image went viral and became the "Success Kid" meme that we all know today. After reaching viral fame, the Griner first licensed the image through Getty but she decided to register the copyright in 2012, according to the letter.

While the image has been used in other ads, commercials and even by the Obama administration, it was used with Griner's permission, unlike King.

"I’m a big supporter of Obama, so that was good for me," she told the Washington Post.

Ultimately, the meme "is about positivity and celebrates achievement," which Griner doesn't believe King represents.

3/5 nor would we have ever agreed to this use. I do not endorse Representative King and, like most people, I strongly disagree with his views. Representative King should remove “Success Kid” from his webpages immediately, issue a statement to acknowledge that the image

"It’s really about the message and the person who’s using it, who’s letting it be part of their brand," she told the Washington Post. "Steve King is just not someone who should be using it. Hard to imagine any mother would want their child to be associated with that."