Gordon Hayward debunks story about Bryant's last game: 'Kobe would have lost respect for me' 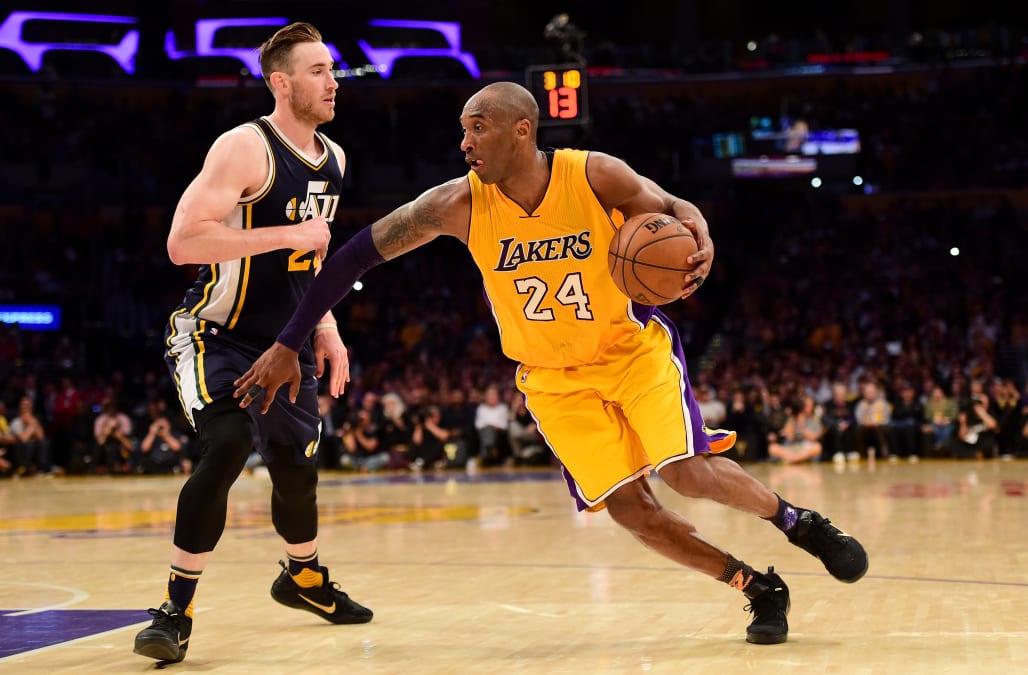 On Monday, one day after the sudden and tragic passing of NBA legend Kobe Bryant, a story from his final game began circulating on social media.

In a clip from the Ringer's Ryen Rusillo Podcast that has now garnered nearly 8 million views on Twitter, sportscaster Mike Tirico recalled a moment between Bryant and Gordon Hayward during his last game with the Lakers in which he famously scored 60 points to lead his team to a comeback win over the Utah Jazz.

SEE ALSO: Shaq's ex-wife, kids share photo of Kobe and Gianna Bryant at basketball game the day before their death

Tirico described the moment late in the game after the Lakers took the lead and Bryant was headed to the free-throw line with 58 points already on the night. He hit his first foul shot to bring his points total to 59, and as he took his second shot, Hayward took a step forward that appeared, at least to Tirico, to be an intentional lane violation. Had Bryant missed the shot, the violation would have given him another shot, per NBA rules.

Listen to the story here:

There’s a moment from Kobe’s final game that few people saw and nobody really remembers … but @miketirico won’t ever forget it. pic.twitter.com/prJGObG58y

The move, which has been widely heralded as honorable by Hayward in order to ensure Bryant scored 60 points, has since, however, been proven false by Hayward himself.

Hayward, now with the Boston Celtics, tweeted his response and his side of the story late Monday night, explaining that the past day had been "incredibly heartbreaking" and he was still "trying to process" the news of Kobe's death before addressing the reported lane violation.

"It has also come to my attention that there is a story going around tonight about an intentional lane violation that I took to ensure Kobe would get his 60th point in his final game and many are applauding me for the gesture," he wrote. "The fact of the matter is that is not true."

It has also come to my attention that there is a story going around tonight about an intentional lane violation that I took to ensure Kobe would get his 60th point in his final game and many are applauding me for the gesture. The fact of the matter is that is not true.

The one-time All-Star insisted that he "didn't give [Bryant] anything free all night" and that the action during Bryant's final foul shot was "not intentional."

"Kobe would have lost respect for me if I gave him something free," Hayward continued. "That's what made him so very special!"

He got 60 on me and I didn't give him anything free all night. What happened on the free throw line was not intentional. Kobe would have lost respect for me if I gave him something free. That’s what made him so very special!

"Rest in Peace Kobe," he completed the thread of tweets. "I'm so honored to have shared our time on and off the court together!"

Tirico took notice of Hayward's story and thanked him for clarifying, urging fans to read the thread, before thanking ESPN for re-airing the game on Monday night.

Please check out this thread from @gordonhayward, so glad he clarified what I had always assumed was intentional that night. Our paths have never crossed since that night. Thank you @espn for reairing Kobe’s final game. Still all so hard to believe. https://t.co/iWRzjIaTPl

Bryant and Hayward shared a personal relationship beyond their connection in the five-time champion's final NBA game. Bryant, notably, was among those who reached out after Hayward's devastating leg injury during the first game of the 2017 NBA season, posting a photo of Hayward and a lengthy, inspirational caption to Instagram.

Bryant, 41, died in a helicopter crash with his 13-year-old daughter, Gianna, and seven others on Sunday.