Neighbors sue man over outlandish paint job: 'I have just never seen anything like this' 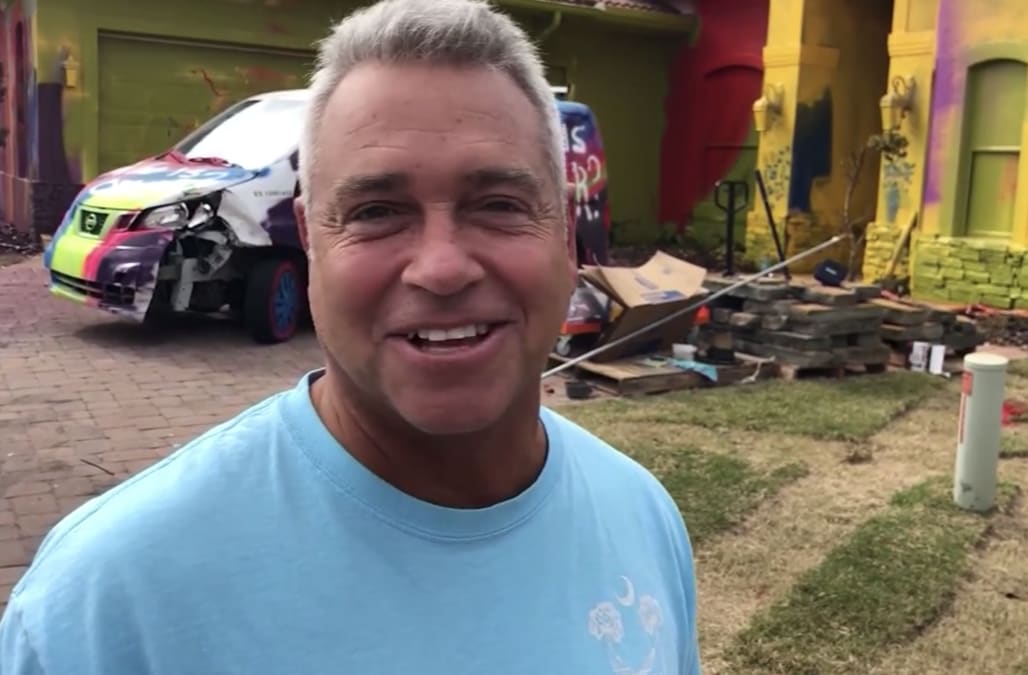 A Florida man is facing a lawsuit after giving his $500,000 home a makeover that some of his neighbors found "unsightly and obnoxious."

The house, located in an upscale community in Naples, has been redecorated with splashes multi-colored paint across its exterior, including along the mailbox, garage, driveway and front lawn, WZVN-TV reports. Neighbors said the owner, Jeffrey Leibman, spent around a week making the controversial alterations.

"Obviously has a drug issue or something going on because I have just never seen anything like this in my life," Alan Klawans, who lives in the neighborhood, told WZVN-TV.

It's unclear why Leibman chose to add the designs — which includes a van in the yard that's been painted with waves of rainbow colors and has the words, "Who is Omar?" written on its side — but he's now facing a lawsuit for the decision. The Independent reported that the community's homeowners association has filed a lawsuit against the 40-year-old, saying he's caused thousands of dollars in damage and angered several neighbors.

"The painting, trashing and commercial vehicle are unsightly and obnoxious," a formal complaint from the homeowners association reads. “There is a blue streak and red blotches of paint and spray paint on the house and trashed yard which is unsightly, obnoxious and not in conformity with the neighborhood scheme."

According to the complaint, the Leibman's van is in violation of a community rule that prohibits "commercial vehicles" from sitting in a driveway for more than eight hours.

WZVN-TV reported that Leibman is currently facing drug charges and is due in court this week. Additionally, court documents obtained by the Independent revealed that the 40-year-old has been in a monthslong dispute with his father, Dennis Leibman, over the home.

Dennis had reportedly been attempting to force his son to leave the house and attend a drug rehabilitation program.

"If you want me out of this house then they will remove me in a body bag because I’m not leaving," Jeffrey Leibman wrote to his father in court documents. "You can explain to the rest of the world why you’ve done this."