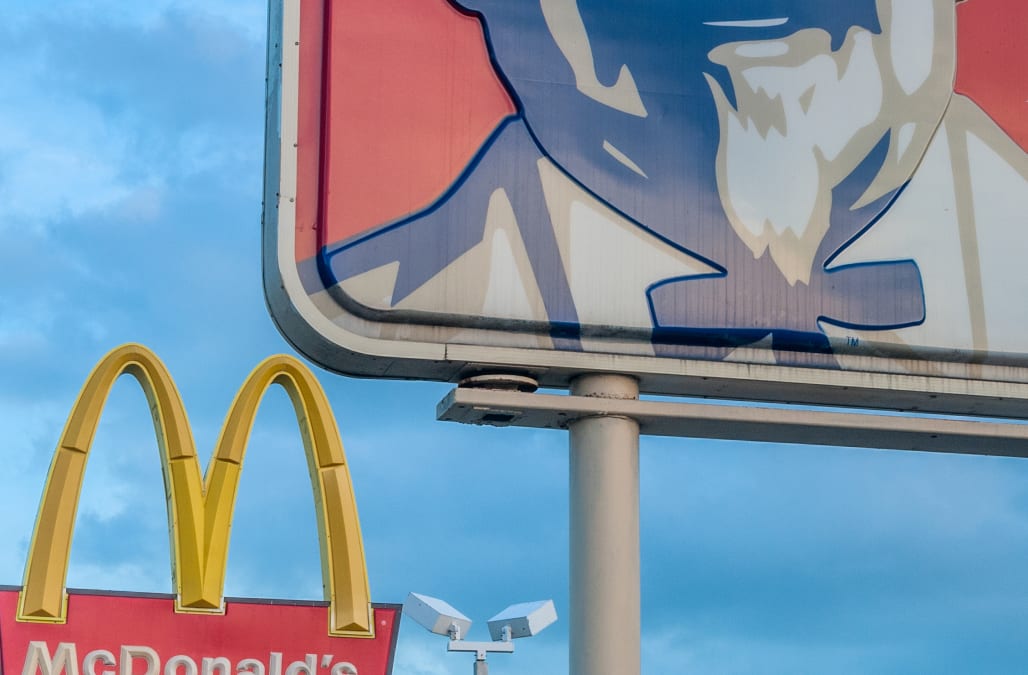 A KFC branch in Birmingham, England — referred to as "Britain's worst KFC" — has recently installed wire fences on top of the counters, dividing employees and patrons of the fast food giant.

In April 2019, shocking footage was released of a pair of girls were seen throwing food at a female KFC employee at the Birmingham branch, before one of them hopped over the counter to attack the woman working at the register.

At the time, KFC responded to the viral video, saying: "We have a zero-tolerance policy when it comes to violence against our staff and were shocked to hear about what happened."

That policy has now come to fruition as metal bars — reportedly "just big enough for a family chicken bucket to pass" through — now separates staff and hungry customers.

One of the workers told BirminghamLive: ‘It’s for our safety because of the fights.

The metal bars are bolted from the counter to the ceilings.

According to Metro UK, an employee at the franchise said that it was the teenagers who came in at night that caused the most trouble. Otherwise, the establishment is fairly quiet during the day.

A KFC spokeswoman apologized for the sight of the barriers but explained it was a necessity to ensure the staff's safety — referencing the incident that occurred last year: “Safety first! We’re sorry for any issues caused by the barriers, but these have been put up for the safety of our team members.”

A breakdown of criminal activity near the KFC branch reveals that there have been at least two to as many as 11 illegal instances per month happening in the surrounding area.