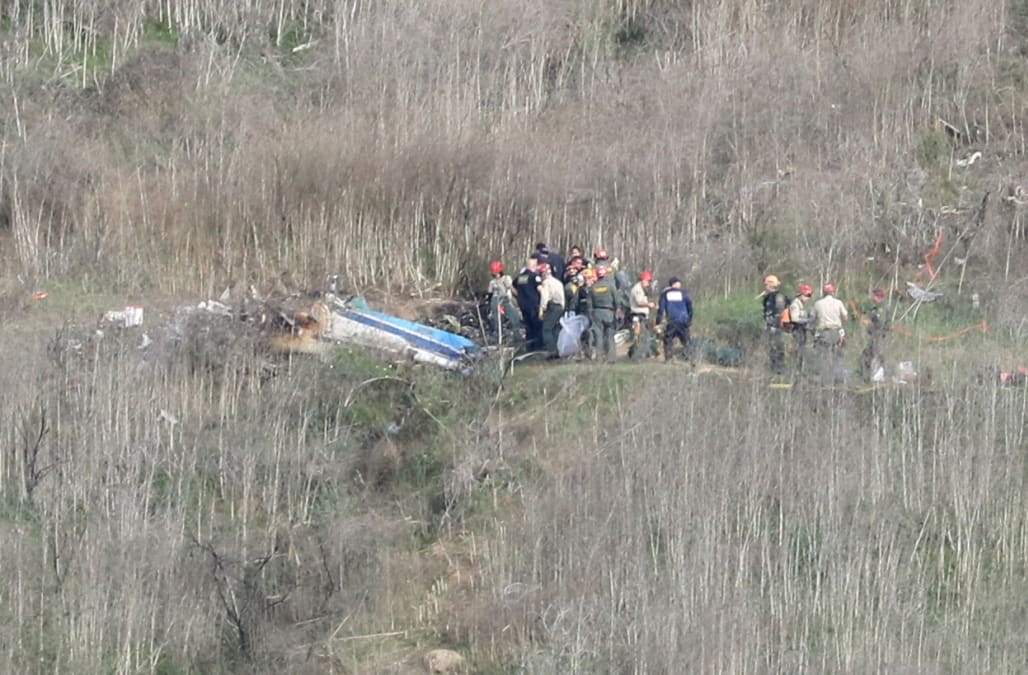 Officials have recovered all nine bodies in the helicopter crash that killed Kobe Bryant, his daughter Gianna and seven others, the Los Angeles County Coroner’s office told news outlets Tuesday.

Three bodies were retrieved and taken back down the hillside in the rough terrain of Calabasas, outside Los Angeles, on Sunday, KTLA reported. The remaining six were taken down Monday.

The bodies will be taken to the forensic science center for official examination and identification, per the coroner’s office. Meanwhile investigators with the National Transportation Safety Board will remain at the crash site to collect evidence and piece together how the accident happened, Reuters reported. Weather and dense fog is believed to be at play.

“This was a pretty devastating accident,” NTSB investigator Jennifer Homendy said, via the Los Angeles Times. “There is an impact area on one of the hills, and a piece of the tail is down the hill on the left side of the hill. The fuselage is on the other side of that hill. Then the main rotor is about hundred yards beyond that. The debris field is about 500 to 600 feet.”

Bryant, 41, and his 13-year-old daughter, known as Gigi, were traveling to a basketball game at his Mamba Academy in Thousand Oaks via his private helicopter. On board were seven others: Orange Coast College baseball coach John Altobelli, 56; his wife, Keri, 46; and their daughter, Alyssa, a 13-year-old player on the team; Sarah Chester, 45, and her daughter Payton, 13; assistant coach Christina Mauser, 38; and pilot Ara Zobayan, 50. There were no survivors.

The individuals on the plane were named or confirmed by family members, team members and coaches. Investigators are “actively working on” identifying the remains to notify next of kin, per Reuters.

Los Angeles County Sheriff’s officials are urging the public to stay away from the crash site or else face a misdemeanor charge. People have been trying to access the area by foot and deputies are patrolling by horseback and ATVs, per the Times.