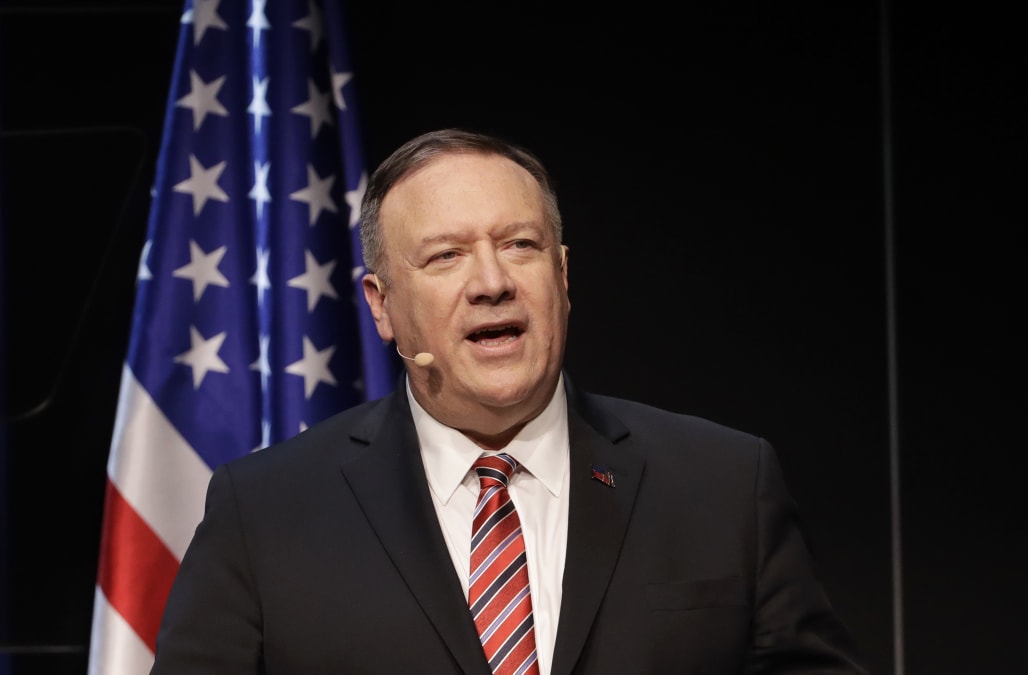 WASHINGTON -- The U.S. State Department removed a National Public Radio reporter from the press pool for Secretary of State Mike Pompeo's upcoming trip to Europe and Central Asia, the State Department Correspondents' Association said on Monday, days after Pompeo angrily responded to another NPR journalist's interview with him.

The removal of NPR reporter Michele Kelemen, who was part of the traveling pool of correspondents with Pompeo on his planned trip to United Kingdom, Ukraine, Belarus and Central Asia, can only be seen as retaliation for her colleague's interview, the association said.

The State Department did not immediately respond to a request for comment.

Pompeo was interviewed on Friday by Mary Louise Kelly, a well-known NPR reporter, and was repeatedly asked about Ukraine and the ousted U.S. Ambassador Marie Yovanovitch during a testy nine-minute exchange.

Yovanovitch's removal was a key event in the actions that prompted the impeachment of President Donald Trump in the U.S. House of Representatives last month.

Following the interview, Kelly said Pompeo cursed at her and repeatedly "used the F-word."

"The State Department press corps has a long tradition of accompanying secretaries of state on their travels and we find it unacceptable to punish an individual member of our association," Shaun Tandon, the head of the association said in a statement.

"We respectfully ask the State Department to reconsider and allow Michele to travel on the plane for this trip," Tandon said. (Reporting by Humeyra Pamuk; Editing by Tom Brown)