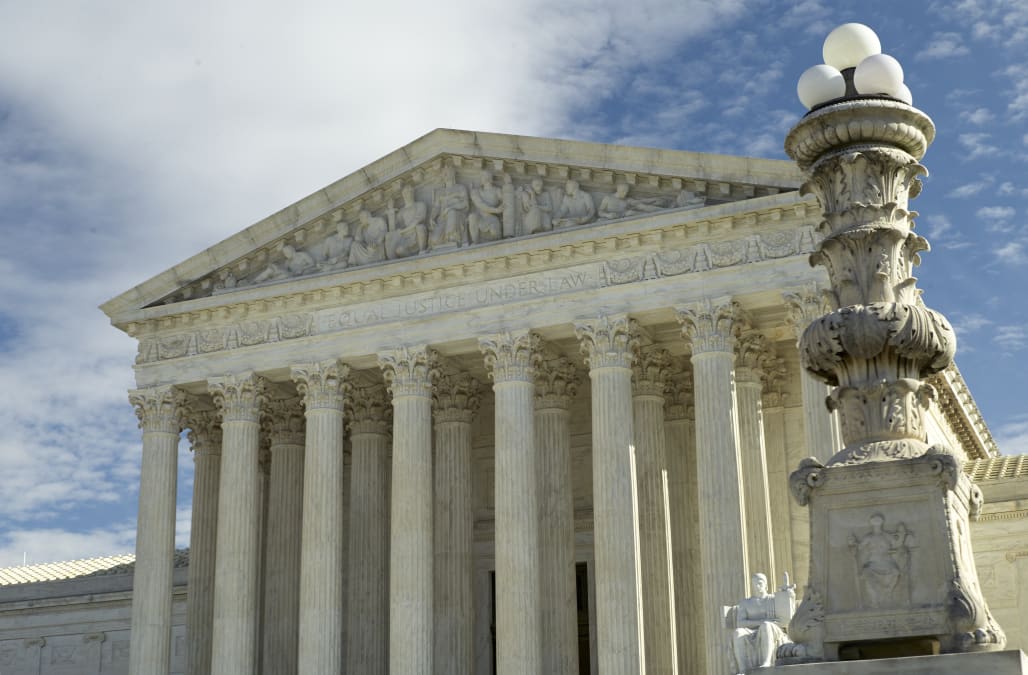 The court acted on a vote of 5-4. Justices Ruth Bader Ginsburg, Stephen Breyer, Sonia Sotomayor and Elena Kagan said they would have left a lower court ruling in place that blocked enforcement while a legal challenge works its way through the courts.

The Department of Homeland Security announced in August that it would expand the definition of "public charge," to be applied to people whose immigration to the U.S. could be denied because of a concern that they would primarily depend on the government for their income.

In the past, that was largely based on an assessment that an immigrant would be dependent upon cash benefits. But the Trump administration proposed to broaden the definition to include non-cash benefits, such as Medicaid, supplemental nutrition, and federal housing assistance.

Anyone who would be likely to require that broader range of help for more than 12 months in any three-year period would be swept into the expanded definition.

But in response to a lawsuit filed by New York, Connecticut, Vermont, New York City and immigrant aid groups, a federal judge in New York imposed a nationwide injunction, blocking the government from enforcing the broader rule. Congress never meant to consider the kind of time limit the government proposed, the judge said, and the test has always been whether an immigrant would become primarily dependent on cash benefits.

The government has long had authority to block immigrants who were likely to become public charges, but the term has never been formally defined. DHS proposed to fill that void, adding non-cash benefits and such factors as age, financial resources, employment history, education, and health.

DHS official Ken Cuccinelli said the proposed rules would reinforce "the ideals of self-sufficiency and personal responsibility, ensuring that immigrants are able to support themselves and become successful here in America."

Two federal appeals courts — the 9th Circuit in the West and the 4th Circuit in the Mid-Atlantic — declined to block the new rule. They noted that the law allows designating someone as inadmissible if "in the opinion of" the secretary of Homeland Security, that person would be "likely at any time to become a public charge," which the courts said give the government broad authority.

The Trump administration urged the Supreme Court to lift the nationwide injunction imposed by the New York trial judge, given that two appeals courts have come to the opposite conclusion. Justices Neil Gorsuch and Clarence Thomas said Monday that district court judges have been issuing nationwide injunctions much more often.

They called on their colleagues to review the practice, which said they has spread "chaos for the litigants, the government, the courts, and all those affected by these conflicting decisions."

But the challengers of the public charge rule urged the justices to keep the stay in place.

They said lifting it now, while the legal battle is still being waged "would inject confusion and uncertainty" in to the immigration system and could deter millions of non-citizens from applying for public benefits.