Obama made surprising jabs at Trump in newly surfaced clip: 'No time to be a purist' 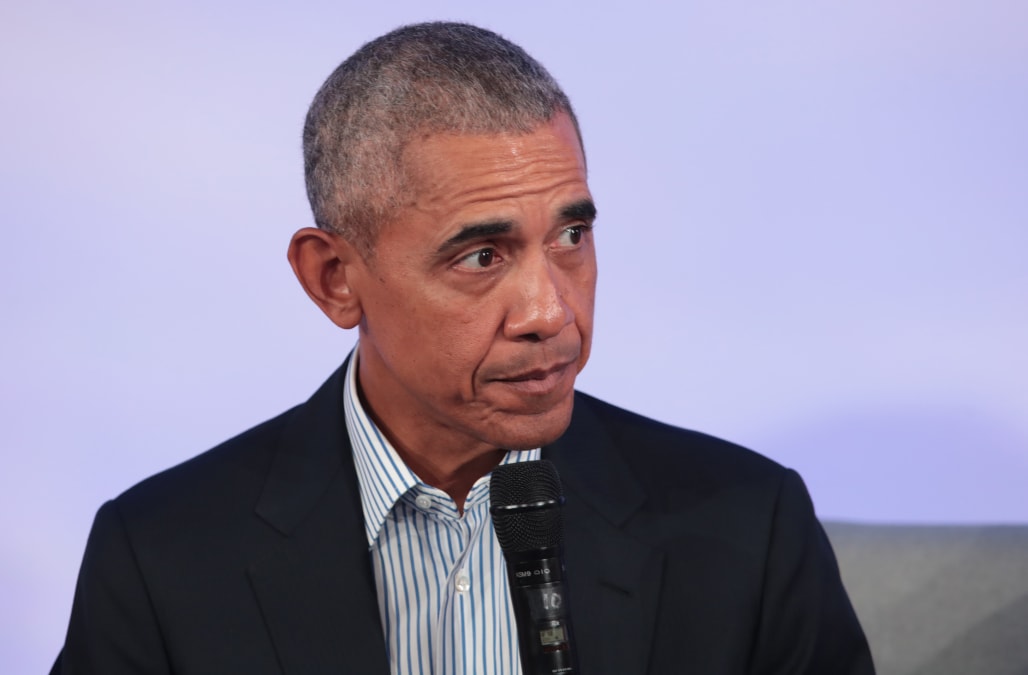 President Obama, who has rarely publicly attacked President Trump since leaving office, had harsh words for his successor in a newly surfaced moment from 2016.

In a clip from the new documentary series "Hillary," obtained by NBC News, Obama calls Trump a "fascist" during a phone call with Sen. Tim Kaine. Kaine, who was Clinton's running mate in 2016, recounted the call during a conversation with Clinton that was caught on camera at the time.

"President Obama called me last night and said: 'Tim, remember, this is no time to be a purist. You've got to keep a fascist out of the White House,'" Kaine said in the clip before adding that Obama "knows me and he knows that I could tend to err."

"I echo that sentiment," Clinton replied. "But that's really — the weight of our responsibility is so huge."

Obama doesn't often comment on the current administration and calling Trump a "fascist" is a sharper criticism than he has ever publically shared before. In July 2019, he penned an op-ed in the Washington Post criticizing the president's "poisoning of our democracy." Later last year, the former president said leaders should avoid social media and TV, in an apparent jab at Trump's heavy use of Twitter.

The four-hour docuseries, "Hillary," will premiere in its entirety March 6 on Hulu.