Mnuchin's wife defends Greta Thunberg after Treasury chief mocks her: 'I am not my husband' 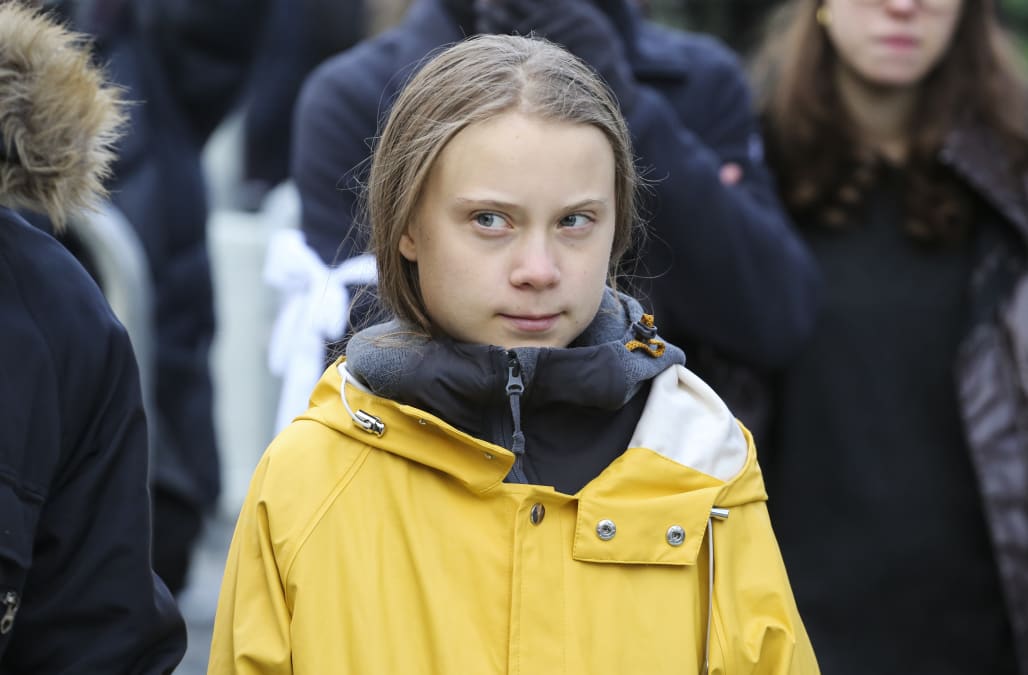 Louise Linton, the wife of Treasury Secretary Steve Mnuchin, came to Greta Thunberg's defense after her husband told the teen climate activist to get a degree.

During the World Economic Forum in Davos, Switzerland, Mnuchin dismissed Thunberg’s suggestion that governments and companies cut back dramatically on fossil fuels.

"Is she the chief economist? Who is she? I’m confused," he said. Then, following a brief pause, he said it was "a joke."

"After she goes and studies economics in college, she can come back and explain that to us," he added.

People on social media then went after Linton, who quickly shut them down, saying she stands with the 17-year-old. In a screenshot from a now-deleted Instagram post shared on Twitter by CNN reporter Andrew Kaczynski, Linton made an apparent jab at her husband.

"I stand with Greta on this issue. (I don't have a degree in economics either)," the post said. "We need to drastically reduce our fossil fuels. Keep up the fight @gretathunberg."

steven mnuchin’s wife, the actress Louise Linton, posted this on Instagram after his comments on Greta Thunberg. pic.twitter.com/1T1a38LzFQ

In another post shared on her Instagram story, Linton shared her response to a person who messaged her with harsh words about her husband, who the person said was "bullying" the teen activist.

"I am not my husband," she wrote in response. "I happen to love Greta. Whatever he says has nothing to do with my views or opinions and what you just did was bully me, unjustly."

Thunberg, who has been the target of many members of the Trump administration, including the president himself, has brushed off the mockery. The comments have "of course no effect" on her and fellow campaigners, she said.