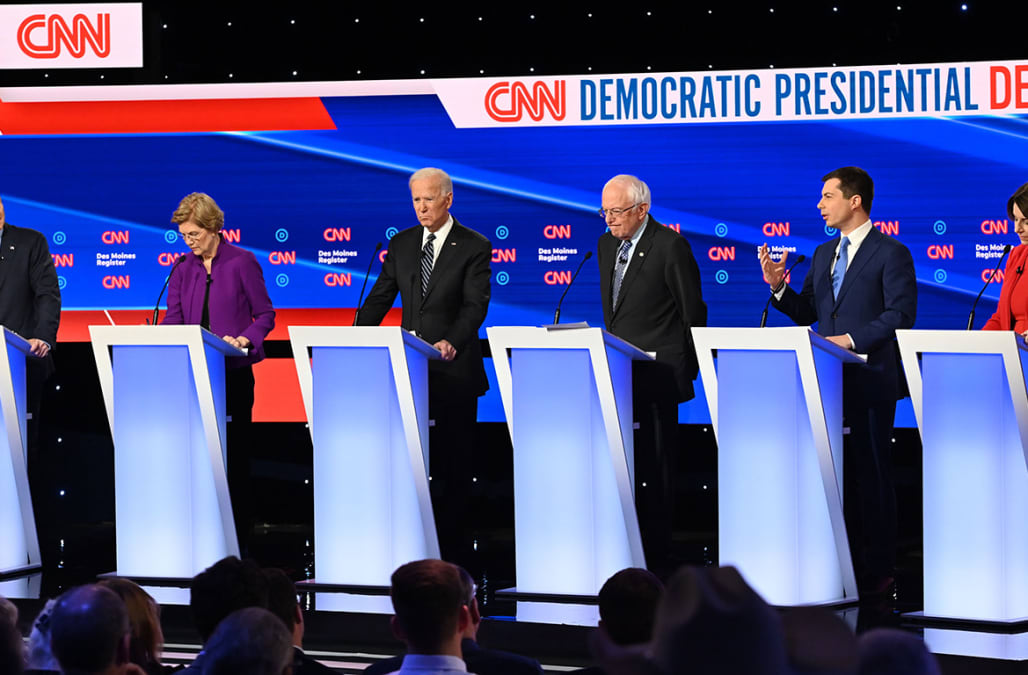 MUSCATINE, Iowa -- The Des Moines Register newspaper endorsed Massachusetts Senator Elizabeth Warren in the crowded race for the Democratic Party's presidential nomination late on Saturday, a coveted show of support that could boost her campaign in the state's first-in-the-nation caucus on Feb. 3.

Iowa's caucuses are the first nominating contests in presidential election cycles, giving the largely rural, Midwestern state an outsized role in choosing standard-bearers from each party.

"I just heard about it and I'm delighted," Warren told supporters after an event in Muscatine, Iowa. "It really means a lot to me."

Warren, the Register's choice, is a progressive who backs a single-payer healthcare system and reforms throughout the nation's economic, political and criminal justice systems.

In its endorsement, the newspaper said Warren would "push an unequal America in the right direction."

But the Register's editorial board went on to insist that Warren, viewed by some as too far left, is no radical.

"The senior U.S. senator from Massachusetts is not the radical some perceive her to be," the newspaper said. "She was a registered Republican until 1996. She is a capitalist."

While Donald Trump, an incumbent who enjoys high favorability ratings within his party, is expected to handily win the Republican nomination, the Democratic field remains wide open, with five candidates leading a pack that started with more that two dozen contenders.

Top finishers in Iowa's nominating contests frequently go on to lead their parties in the final election match-up.

More from Aol.com:
AOC and Michael Moore urge Iowa voters not to 'play it safe' as they stand in for Sanders
Angry dad rips Elizabeth Warren over student loan plan: 'Am I going to get my money back?'
Marianne Williamson to support Andrew Yang in Iowa caucuses