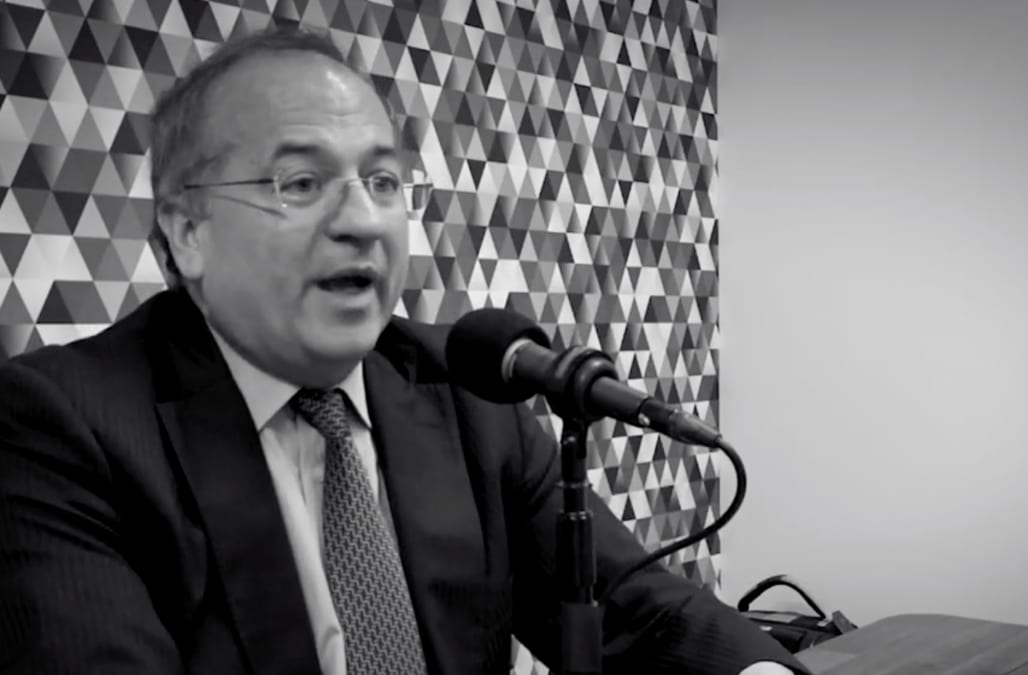 A member of President Trump’s defense team says that former Vice President Joe Biden and son Hunter Biden have “relevant evidence” and could be summoned to testify if the Senate votes next week to permit witnesses in the impeachment trial.

“So you can expect if witnesses were called, it’s not going to be just a situation where the House managers get to call the witnesses they want,” said Robert Ray, one of the president’s defense lawyers, in an interview on the Yahoo News podcast “Skullduggery.”

“If your big contention here is that there was an improper motive by President Trump in pursuing this conversation with President Zelensky relative to the investigation of the Bidens, it seems to me your views about that are colored or affected by whether or not you think there was merit to such an investigation,” Ray continued. “Seems to me that’s relevant evidence.

“And after all, who’s the defendant on trial in this matter? The president. He’s entitled to a defense. It’s a rather odd concept to say, ‘Oh no, no, no. You can’t present a defense with regard to the Bidens. That’s irrelevant.’ Really?”

Ray’s comments could be viewed as a warning to Senate Democrats that, if they open the door to witnesses, the president’s defense team could make the trial uncomfortable and potentially embarrassing for the current Democratic frontrunner in this year’s presidential campaign.

Moreover, Republicans have already argued that the grounds for calling the Bidens, or at least talking more about them, became even stronger late Thursday when one of the House managers, Sylvia Garcia, D-Texas, argued on the Senate floor that even Hunter Biden — who has already expressed regret for taking a high-paying post on the board of a Ukrainian energy company while his father was the Obama administration’s point man on Ukrainian policy — did “nothing wrong.”

Still, it is far from clear whether any witnesses will appear in the Senate trial. When Trump’s defense lawyersstart presenting their case on Saturday, they will argue that no witnesses are needed because the allegations at the heart of the case simply don’t rise to the level that justifies removing the president from office, Ray said.

Ray was a last-minute pick to join Trump’s defense team, and his selection surprised many in Washington. He had been the last independent counsel to oversee the Whitewater and Monica Lewinsky investigations into Bill Clinton, succeeding Ken Starr, another Trump defense lawyer, who in September 1998 sent Congress the report that led to Clinton’s impeachment.

But Ray, in his sometimes combative “Skullduggery” interview, argued that, unlike with Clinton’s impeachment, the two articles brought againstTrump — abuse of power and obstruction of Congress — have less substance because they allege conduct that does not amount to an actual crime.

“For the first time in our history, we have articles that do not allege crimes,” Ray said. “And even in the case of Bill Clinton ... there was bipartisan support that understood that crimes had been committed. The only question was whether or not those crimes were such high crimes constituting an abuse of the president’s oath of office that was sufficient to warrant the president’s removal from office.”

Ray offered few details about what to expect from the president’s lawyers beyond saying “you can expect a full-throated defense on the law, on the facts and also on the constitutionalissues.” He repeatedly emphasized that the articles of impeachment passed by the House were “fuzzy,” “nebulous” and “standardless,” brushing aside the arguments made by constitutional scholars that “abuse of power” was central to what the framers of the Constitution had in mind when they gave Congress the power to impeach.

Despite his pledge to mount a robustdefense of the president, Ray pointedly did not pledge to defend Trump’s repeated claim that his phone call with Ukrainian President Volodymyr Zelensky was “perfect.”

“Look, it would have been better, since it led to this impeachment,” Ray said, if Trump had used “the ordinary processes of government” such as the U.S. Justice Department to look into the allegations of wrongdoing by the Bidens.

“I’m a great believer in the Department of Justice and its processes,” he said. “And if it had been left to me, it would have, I think, been better to have done it that way.”

Still, Ray noted that Alan Dershowitz, another member of the president’s defense team, will argue that the Constitution’s plain language as to what constitutes grounds for impeachment — treason, bribery and other high crimes and misdemeanors — doesn’t justify the two articles the House passed.

“If his argument prevails, there’s nothing else to talk about,” said Ray. “It’s over.”

More from Yahoo News:
Trump makes history with appearance at March for Life

Trump says his side in impeachment trial has 'all the material'