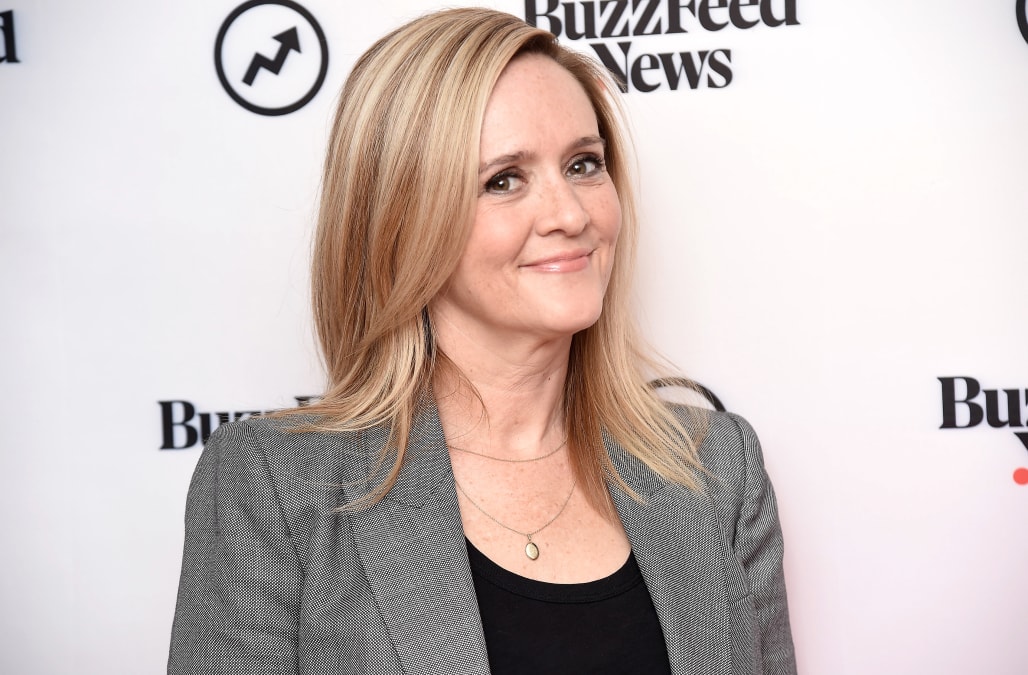 In a surprising move, talk show host Samantha Bee praised Ivanka Trump, who she once called a "feckless c***."

On Wednesday’s episode of "Full Frontal," Bee complimented the president's daughter's work to help pass a parental leave law that allows federal employees to take up to 12 weeks off work after they have a child.

"After decades of being behind every other country, the U.S is finally starting to make progress, thanks, in part, to lobbying from, believe it or not, Ivanka Trump," she said. "This administration approved a law that gives 12 weeks of paid leave to federal employees who give birth, adopt or foster a child."

"I guess even a Trump has to do something right occasionally," she said. "Eric [Trump] doesn’t start fires anymore."

The comedian then announced that she has a policy of 20 weeks of parental leave for her staff and challenged her late-night colleagues to enact a similar policy.

"We are so sure our policy is better than the other late-night shows that we challenge them to make better policies so we can beat them too," Bee joked.

Ivanka took to Twitter to respond to the late-night host.

"Differences aside, I respect your decision to offer Paid Leave to your employees and hope this encourages your Late Night competitors to do the same," she said.

Differences aside, I respect your decision to offer Paid Leave to your employees and hope this encourages your Late Night competitors to do the same.https://t.co/rJEE3F4Eut

The pair haven't always had such cordial interactions. In 2018, Bee faced backlash for making a controversial comment about Ivanka, which reportedly left her "more angry than hurt."

"I would like to sincerely apologize to Ivanka Trump and my viewers for using an expletive on my show to describe her last night. It was inappropriate and inexcusable. I crossed a line, and I deeply regret it," she said in a statement at the time.