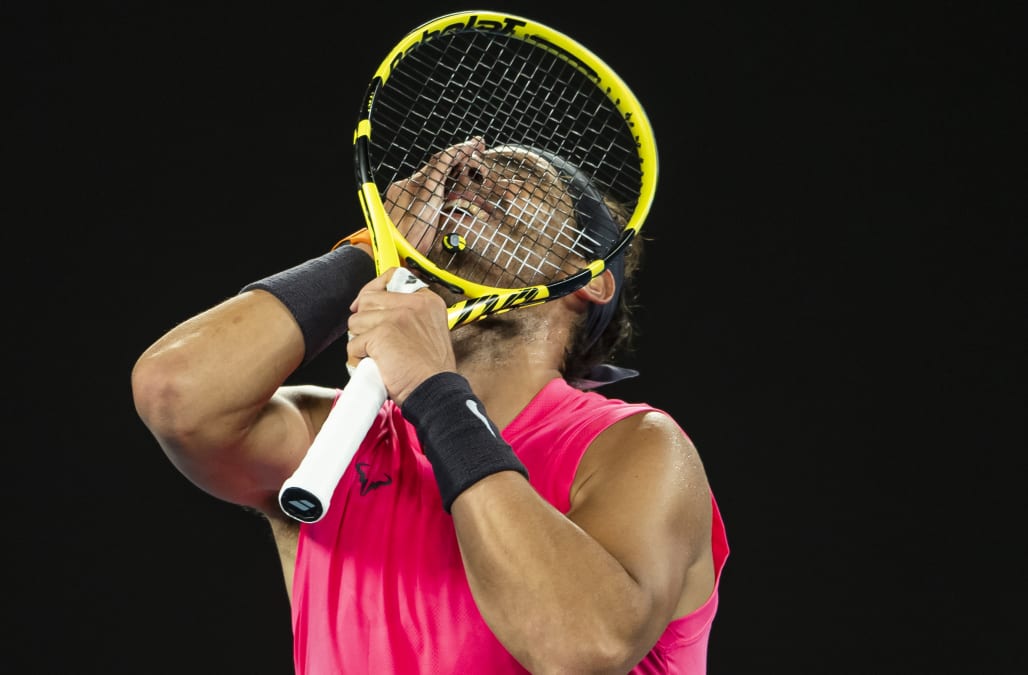 All is well after an errant Rafael Nadal shot hit a ballgirl in the head at the Australian Open.

The Spanish tennis player took to both Twitter and Instagram to share a selfie he took with Anita, the young girl who he accidentally struck in the head with a tennis ball during his match against Federico Delbonis on Thursday.

"So happy she is well after the scariest moment I've had on a tennis court," Nadal captioned the photo on Twitter, also mentioning that he had the chance to meet Anita's family.

Had the chance to meet her and her family today. So happy she is well after the scariest moment I’ve had on a tennis court. Annita is a brave girl! 👧😘👌 pic.twitter.com/FDZGermA44

Under the same photo posted to Instagram, Nadal wrote that he's "very happy to see that Anita is doing well."

Very happy to see that Anita is doing well 😘😊🙏🎾 I also had the chance to meet her, her brother Mark and parents. Thank you

It was yet another sweet moment between the two after an incident that could have gone very wrong. Immediately after Anita suffered the blow, Nadal rushed over to check on her and planted a kiss on her cheek upon realizing she wasn't hurt.

"I was so scared for her, honestly," Nadal said in his post-match interview. "She's a super brave girl."

ICYMI A moment *that* ball kid will never forget..

In an interview with Wide World of Sports, Anita, who is serving as a ballgirl for the first time this year, revealed that Nadal is her favorite tennis player and that she "couldn't believe" she got to meet and interview with him.

She also showed off a hat that Nadal gifted to her that included the message, "To my friend Anita, all the best."

We caught up with Anita, the ball-kid struck by a stray Rafael Nadal shot last night. His reaction and kindness leaving the tennis world in awe.

Nadal will next face off against fellow Spaniard Pablo Carreño Busta in the third round on Friday.