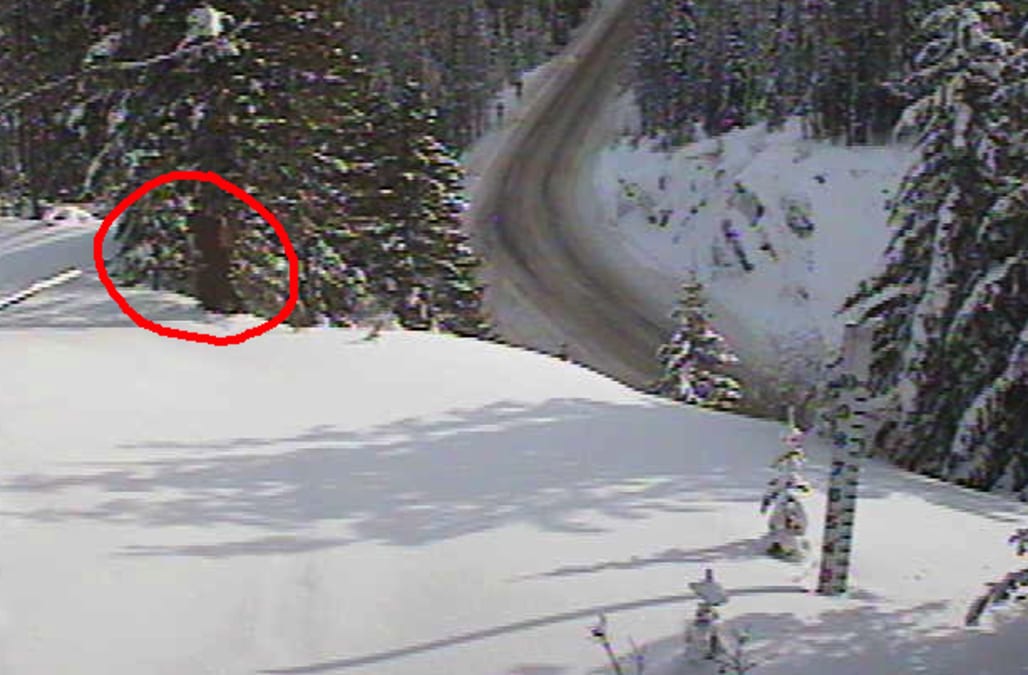 A mysterious photo taken by a traffic camera in Washington has gone viral after it was shared to Twitter earlier this week.

The snapshot, which was captured by the Washington State Department of Transportation near a highway right off of Sherman Pass, shows what some claim is a Sasquatch hiking in the snow. The darkened figure can be spotted in the bottom left hand of the photographs released.

Sasquatch spotted!!! I'm not superstitious... just a little stitious. Have you noticed something strange on our Sherman Pass/SR 20 webcam before? If you look closely by the tree on the left there looks to be something... might be Sasquatch... We will leave that up to you! pic.twitter.com/RaDGqQdEUF

"Sasquatch spotted!!! I'm not superstitious... just a little stitious," the WSDOT wrote on Twitter, much to the amusement of its followers. "Have you noticed something strange on our Sherman Pass/SR 20 webcam before? If you look closely by the tree on the left there looks to be something... might be Sasquatch... We will leave that up to you!"

After noticing the suspicious image, the company sent some of its snowplows to the scene, but had trouble relocating the "Sasquatch."

After the image went viral on social media, some claim that the image is merely a tree. However, the WSDOT quickly dispelled those rumors and the image is unable to be seen in earlier traffic shots, according to HuffPost.

"It’s 100% not a tree trunk," the company shared. "It has a story that will be revealed in February when we do our quarterly check of the camera."

Bigfoot is largely associated with the Pacific Northwest, from Oregon to Washington, and has even rooted itself in these states' cultures. Sasquatch researchers occasionally camp out in search of finding the legendary creatures, having called them "perfectly normal animals." A couple even opened the North American Bigfoot center in Oregon this past summer.