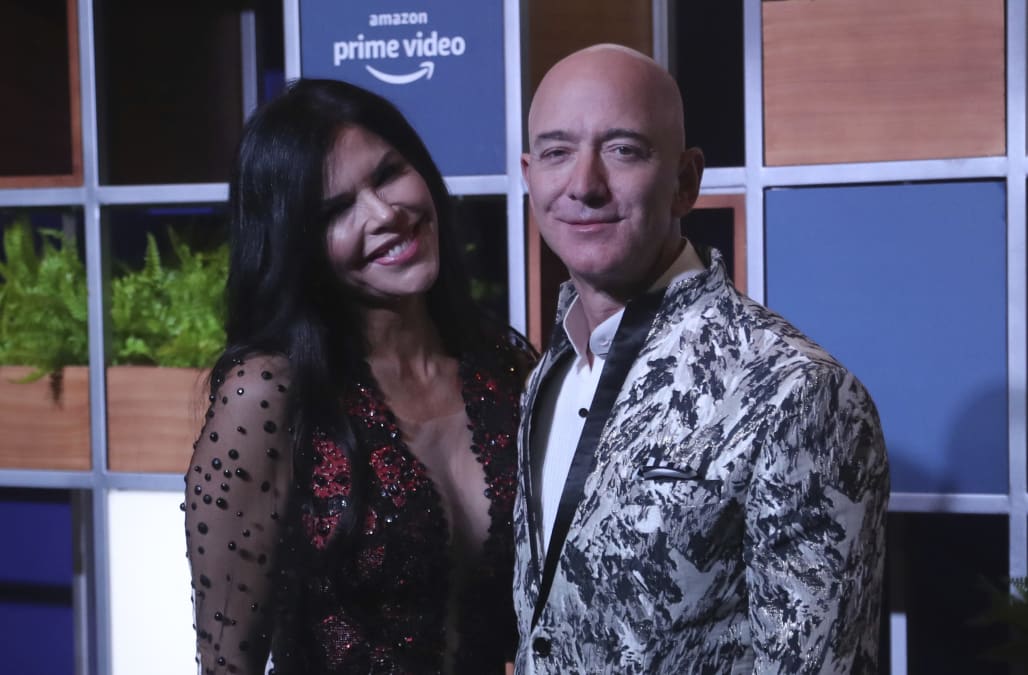 Intimate photos of Jeff Bezos and his girlfriend Lauren Sanchez came into the possession of The National Enquirer tabloid via her brother, according to The New York Times.

According to the newspaper, Sanchez sent the images to her brother Michael, who received $200,000 upon signing a contract granting the Enquirer's parent company exclusive rights to them.

The deal was the prelude to the story of Bezos' relationship becoming public, which was followed by Bezos and his wife divorcing.

Twitter reacts to Jeff Bezos divorce announcement
Motion to call Jeff Bezos divorcing his wife “Alexit.”
Jeff Bezos is divorcing wife MacKenzie after 25 years of marriage. According to the pre-nup her free Amazon Prime m… https://t.co/METQhvD6sy
Top Investment Idea for 2019: Go long the law firm representing Mackenzie Bezos
Jeff Bezos is getting divorced after realizing that marriage counts as a union.
Daaaamn it’s crazy that Jeff Bezos left his wife for Siri.
Bezos has Prime so he'll have a new wife delivered to him for free within 2 days.
Hoping that a clerical error means both Jeff Bezos and his wife lose everything in the divorce
The real question in the Bezos divorce is who gets the Seattle City Council in the divorce? Will Jeff at least get visitation rights?
Jeff Bezos' divorce-dad phase is going to get every single one of us killed
Jeff Bezos is now gonna buy every Corvette on earth
TODAY Jeff Bezos and his wife MacKenzie are set to divorce after a long and intense disagreement over what they wan… https://t.co/cLnpiKBdfZ
Jeff Bezos has announced his search for Wife2. Prospective candidates are encouraged to submit their requests for p… https://t.co/3H1NWwPpHp
Wondering if Jeff Bezos will get a divorce lawyer from Amazon.
Jeff Bezos' net worth just crashed by 50%
lol imagine swiping through Tinder and Jeff Bezos comes up
I wish I was Jeff Bezos wife.
Jeff Bezos wife is leaving him after finally working out how to unsubscribe from the 30 day free trial of him she signed up to 25 years ago.
Up Next

The Times said it learned of how the photos were transmitted via four unnamed sources, and a written contract between Michael Sanchez and American Media Inc., which publishes the Enquirer.

Sanchez repeatedly denied sharing "penis photos" with AMI in exchanges with Business Insider last year, but evaded answering questions about whether he had leaked messages obtained by the National Enquirer.

The paper, owned by American Media Inc (AMI), has long claimed that its source was Michael Sanchez, but Bezos hired a private investigator, Gavin De Becker, to dig deeper.

The strange saga took a twist this week after a forensic analysis of Bezos' phone, first reported on by The Guardian, found that Saudi Crown Prince Mohammed bin Salman hacked into Bezos' phone with spyware eight months before the Enquirer piece.

It led to speculation that Saudi Arabia had a role in getting the compromising photos to the Enquirer. But the Times's reporting offered a more prosaic route — via Sanchez and her brother — and said a definitive Saudi connection to the Enquirer's reporting has yet to be proved.

In a statement to The Times, AMI called Michael Sanchez the "single source" for their reporting.

"The single source of our reporting has been well documented," AMI said. "In September of 2018, Michael Sanchez began providing all materials and information to our reporters."

Both the Saudi embassy in Washington DC and AMI deny Saudi involvement.

"Any suggestion that a third party was involved in or in any way influenced our reporting is false."

More from Business Insider:
10 things in tech you need to know today
43 people are being monitored after contact with the single US patient with Wuhan coronavirus, a ratio that could turn scary
Intimate photos of Jeff Bezos and Lauren Sanchez came from messages she sent to her brother, who gave them to the National Enquirer, report says