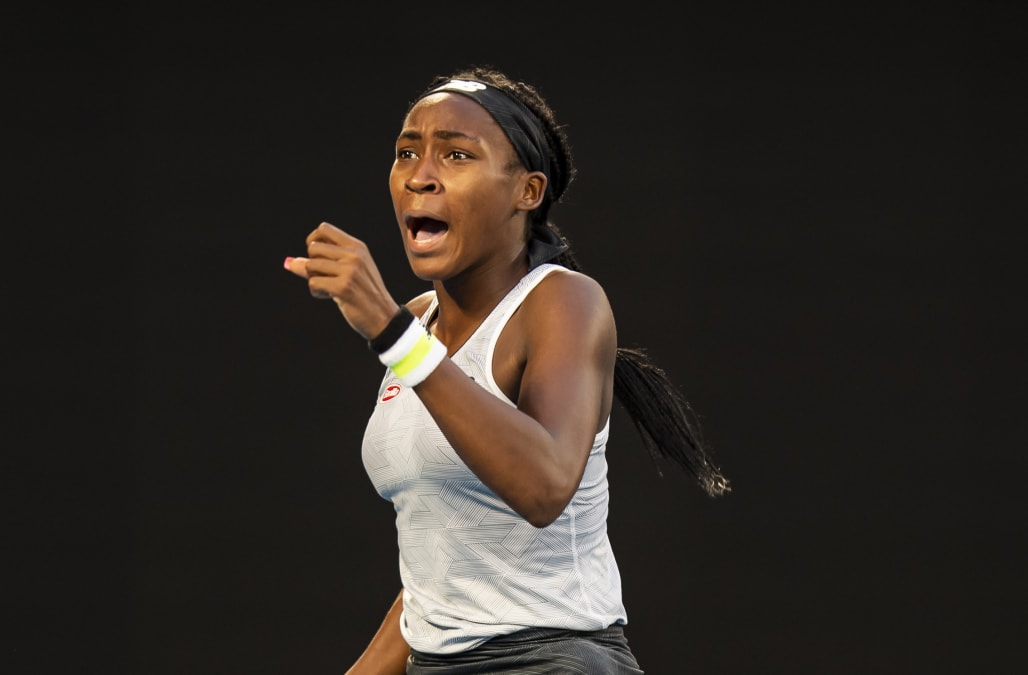 Coco! Fifteen-year-old American tennis sensation Coco Gauff wrote another chapter in her already stacked young career by ousting defending champion Naomi Osaka in the third round of the Australian Open.

Gauff won 6-3, 6-4 in a 67-minute match against the third-seeded Osaka at Rod Laver Arena. Their first meeting was at the U.S. Open a few months ago in New York where Gauff won only three games and landed 45 percent of her serves.

This time around, the 67th-ranked player landed 75 percent with what Osaka called an improved serve and won 76 percent of those points. Gauff had 17 unforced errors to Osaka’s 30.

The younger player remained composed to win and couldn’t believe it afterward. She’s the youngest woman to beat a top-five opponent since Jennifer Capriati did it in 1991, per ATP.

"Honestly, like, what is my life?"@CocoGauff can barely believe she just defeated Naomi Osaka on @RodLaverArena.#AO2020 | #AusOpenpic.twitter.com/xM7lDWYDsU

"Oh my god, I don't even know [where that performance came from] ... honestly like, what is my life?” Gauff laughed on court.

"Two years ago, I lost first round in juniors. And now I'm here. This is crazy. Oh my gosh, I'm on Rod Laver Arena, like, I can't believe this [laughter]."

Osaka, 22, admitted she wasn’t prepared for Gauff to play that well. Ranked fourth in the world, she struggled with her backhand and was behind from the start. Via the Australian Open:

“You don't want to lose to a 15-year-old, you know. But I guess that's for me, like, a reality check. It doesn't really matter the age of the opponent. Of course, she deserves to be here. She played her matches. I just have to work harder.

“I love her, but I don't like this feeling of losing to her.”

Gauff, who charmingly told the crowd she is getting extensions for her school assignments, cracked jokes about meeting Rod Laver after the match.

She’ll now face fellow American Sophia Kenin, seeded 14th, in the next round and the entire field is opening up. Serena Williams was stunned in the third round, and Caroline Wozniacki played her last professional set of tennis in the same round.