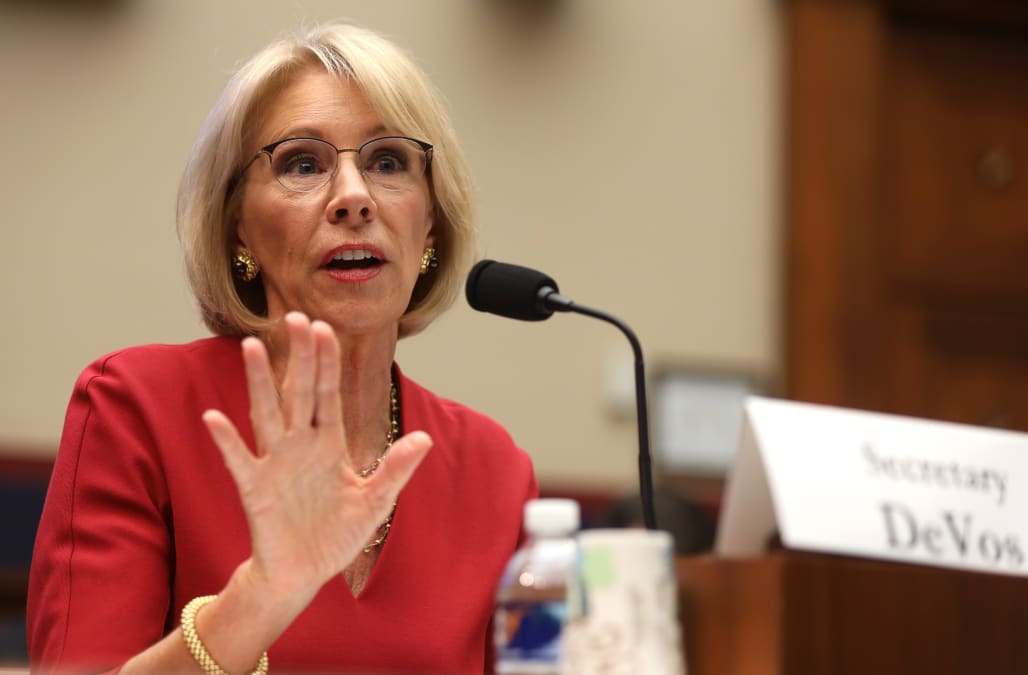 Speaking at a Colorado Christian University event in Washington, D.C., Politico reported that she discussed the Trump administration's stance on abortion and said she was reminded of President Lincoln, who "contended with the 'pro-choice' arguments of his day," she reportedly said, in reference to slavery.

"They suggested that a state’s choice to be a slave or to be free had no moral question in it," she continued. "President Lincoln reminded those pro-choicers that [there are] a vast portion of the American people that do not look upon that matter as being this very little thing. They look upon it as a vast moral evil"

Great to join @hughhewitt and student advocates gathered from @my_ccu last night. We had a robust discussion about this Administration’s commitment to safeguarding the religious liberty and First Amendment rights of all students. pic.twitter.com/PD4ekQ9kUl

Under the Trump administration, abortion rights have been threatened. Tennessee Governor Bill Lee announced his plan this week to enact some of the strictest abortion laws in the U.S., which includes banning women from undergoing an abortion once a fetal heartbeat has been detected.

In 2019, similar bills were introduced in Georgia, Kentucky, Louisiana, Mississippi and Ohio. Known as heartbeat bills, these proposed laws suggested banning abortion as early as six weeks into a pregnancy. Missouri introduced an eight-week ban, and Arkansas and Utah introduced 18-week bans.

On Friday, Trump will address the March for Life — a pro-life rally originally organized in response to Roe v. Wade, the 1973 Supreme Court decision that legalized abortion nationwide. It is the first time a sitting president will address the annual event.

DeVos, who is a proponent of school choice policies, went on during her remarks at Colorado Christian University to point out the "irony" of people supporting a woman’s right to choose but not the mother who seeks a different school for her child.

"There are many in the pro-life movement who heroically work to make abortion unconstitutional. Tonight, let’s talk about making it unthinkable."