43 people are being monitored after contact with the single U.S. patient with Wuhan coronavirus, a ratio that could turn scary 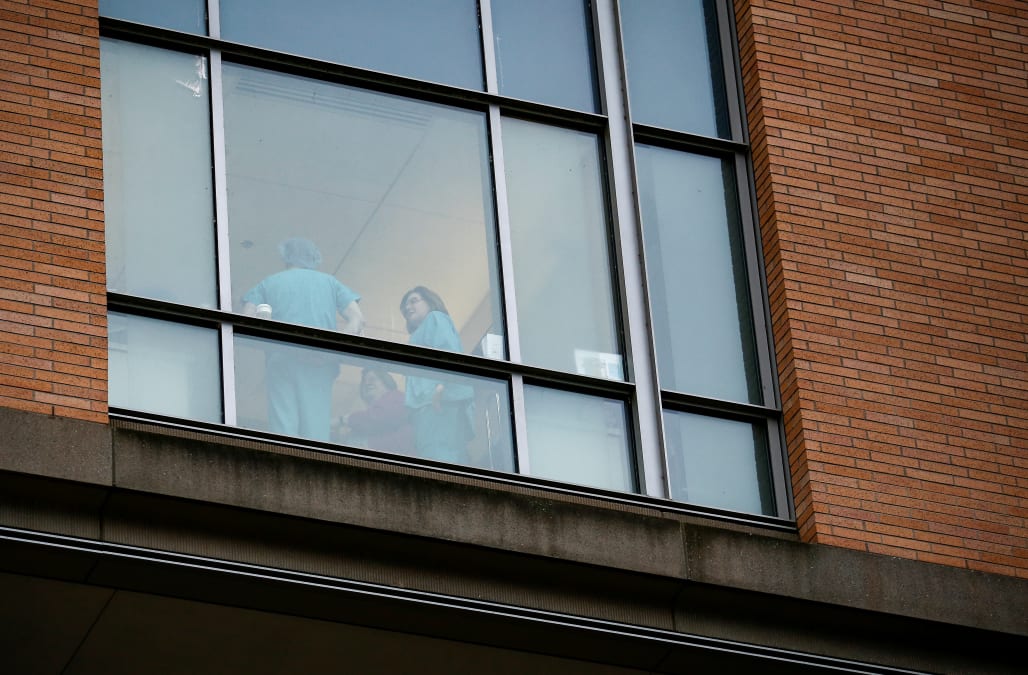 Medical officials in the US are monitoring 43 individuals after they had contact with the single confirmed US sufferer of the Wuhan coronavirus.

The level of resources devoted to a single case shows the scale of efforts to prevent it spreading — and how stretched resources could become it they fail.

According to the Everett Herald, the newspaper for the Washington state town now home to the only confirmed US case of the virus, the figure of 43 was accurate as of Thursday afternoon.

The subjects of the checks appear to be members of the public who were unlucky and got too close to the man, a 30-something local resident who went to Wuhan to visit relatives. Anybody potentially exposed to droplets from when he coughed is thought to be at particular risk.

The medical monitoring consists of daily phone calls from staff who check if each person shows any symptoms, and decide whether to bring them in for full treatment.

At Everett's Providence Regional Medical Center, the man is being treated with extreme caution, even though he is said to feel more or less fine.

As Business Insider's Sinéad Baker reported, he is being held in a special bio-containment room, where he receives most of his treatment from a robot.

Given that the US currently has only one confirmed case (two potential cases are awaiting confirmation), keeping tabs on people at a ratio of 43:1 is plausible.

If the numbers of cases started to expand, that would soon cease to be plausible.

In Wuhan, China, where the virus originated, there are many hundreds of cases. Hundreds of thousands, if not millions, of the city's 11 million inhabitants would meet the threshold being applied in the US for monitoring.

Despite their best efforts, doctors there report being overwhelmed by the number of patients, and say they are running low on protective gear for themselves.

As these two extremes show, the more cases emerge, the less attention medical officials can give to each one. The potential domino effect helps explain the extreme caution being deployed in the US.

More from Business Insider:
10 things in tech you need to know today
43 people are being monitored after contact with the single US patient with Wuhan coronavirus, a ratio that could turn scary
Intimate photos of Jeff Bezos and Lauren Sanchez came from messages she sent to her brother, who gave them to the National Enquirer, report says