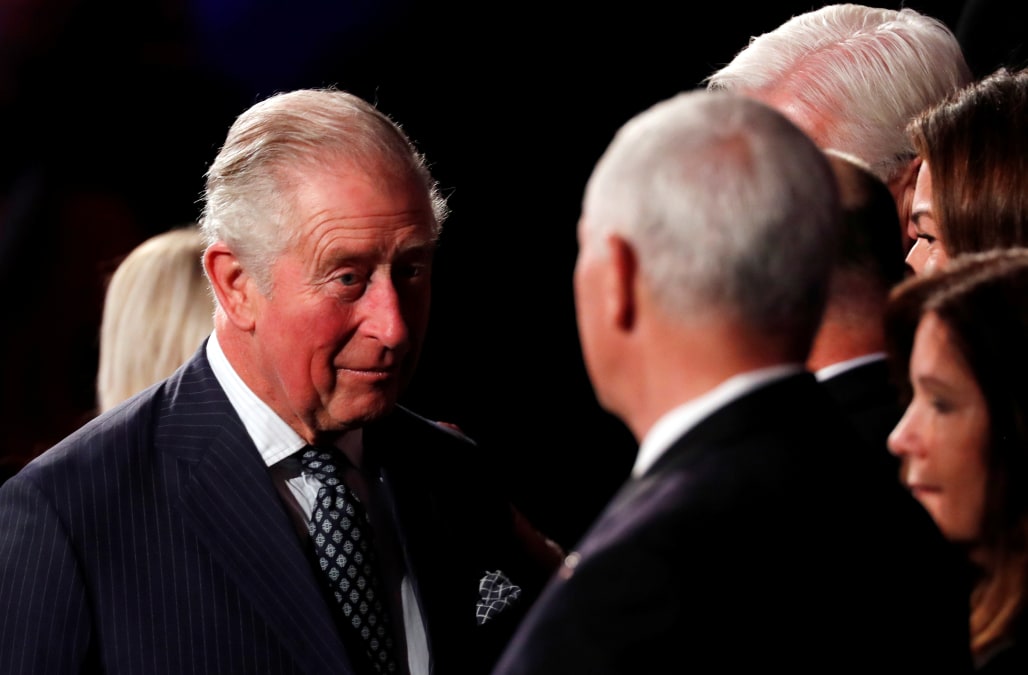 A video of Prince Charles greeting heads of state at the World Holocaust Forum in Jerusalem on Thursday has gone viral.

The video, recorded just a few hours ago, shows the Prince of Wales skipping over Mike Pence as he shakes the hands of other dignitaries. The royal can be seen walking past the American vice president to warmly greet Israeli prime minister Benjamin Netanyahu.

The hot moment has garnered nearly 700,000 views since it was first shared three hours ago, much to the entertainment of many royal fans.

"Is this real? I LOVE Prince Charles!," wrote one Twitter follower. "I watched this like 20 times, and enjoyed it the twentieth time just as much as the first," another commented.

I watched this like 20 times, and enjoyed it the twentieth time just as much as the first.

Is this real? I LOVE Prince Charles! 👍

Pence's press secretary has since spoken out on the incident and says that Prince Charles had already greeted the VP earlier in the day.

"Vice President Pence and the Second Lady spoke with Prince Charles for five minutes in the pre-program before they entered the hall," press secretary Katie Waldman said in an email to USA TODAY. "Also they shook hands at the end of his remarks."

The royal is attending the forum to commemorate the 75th anniversary of the Liberation of Auschwitz and to mark International Holocaust Remembrance Day.

In a speech at the event, Charles called on world leaders to make Holocaust education a priority to ensure the memories of those who bore witnesses to the horrors live on.

"Almost a lifetime has passed since the horror of the Holocaust unfolded on the European continent and those who bore witness to it are sadly ever fewer," he said. "We must commit ourselves to ensuring that their stories live on to be known and understood by each successive generation."

"The Holocaust must never be allowed to become simply a fact of history," he continued. "We must never cease to be appalled nor moved by the testimony of those who lived through it."

More from Aol.com:
11 U.S. troops were injured in Iranian missile attack
Iran threatens European troops but admits protesters 'were lied to'
Khamenei calls Iran's missile strikes 'a slap in the face' to U.S.