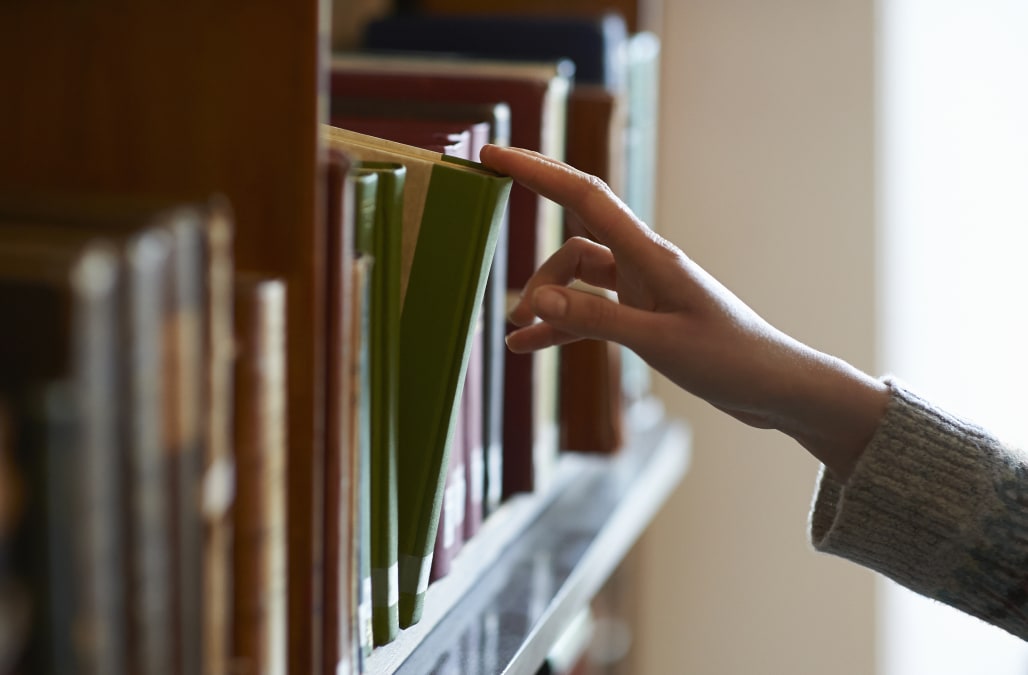 There are plenty of — countless, maybe —uses for cheese. Nachos, fondue, a word to say before taking photos or even a scent for a candle are a few great examples.

But there's one place the University of Liverpool recently learned it probably doesn't need any cheese — inside its library. The school library, located in Liverpool, England, posted to its Twitter account on Monday to report that it had apparently discovered a slice of cheese being used as a bookmark.

"This is not a bookmark," the library's Twitter account wrote, along with a photo of an orange, slightly moldy piece of plastic-wrapped cheese, which was allegedly found between the pages one of its library books.

This is not a bookmark. pic.twitter.com/oy7tqM3aJv

The disgusting image immediately went viral, and has since inspired many social media users to share their own, comparable discoveries.

"I take your 'cheese' bookmark and raise you the 'crunch cream,'" bookmark, one Twitter user replied, claiming to have found one of the sugary British snack foods inside a library book.

I take your "cheese" bookmark and raise you the "crunch cream" bookmark... https://t.co/ZJ7XstygS9

Others shared even more outlandish examples, including a slice of damp, moldy-looking bread and, in one case, a dead fish.

I found this one in one of our libraries. pic.twitter.com/CJjlFTRHVd

In Costa Rica, they found a fish as a bookmark pic.twitter.com/XYC0olQqN9

The library's post has been retweeted more than 36,000 times as of Wednesday evening. And while some users had similar experiences to share, others simply felt disgusted by the idea.

"I wanna make a joke like hahaha yes it is, but I'm so genuinely horrified, I can't imagine committing to the bit," one user wrote.

"What's more frightening is that people in Liverpool eat that. Is it radioactive?" another added.

I wanna make a joke like hahaha yes it is, but I'm so genuinely horrified, I can't imagine committing to the bit

Many of the responses were lighthearted though, and the university seemed to take it all in stride. The library's Twitter account even began sharing follow-up posts, thanking the internet for its massive reaction.

"While we are surprised by the 100k likes, we know we can always rely on #LibraryTwitter for some cheesy puns," the library wrote on Tuesday.

Shortly after, the library shared what appeared to be some "fan art" made for the slice of cheese.