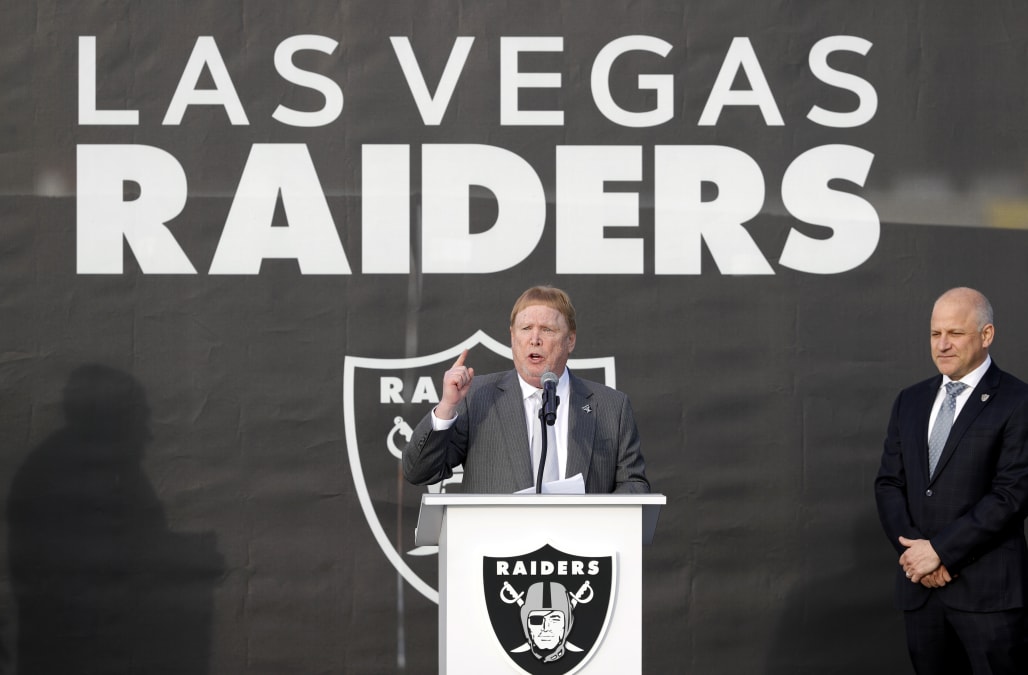 After years in the making, the Raiders are now up and running in Las Vegas.

The franchise made the long-awaited move from Oakland to Las Vegas official on Wednesday afternoon with a media conference at Allegiant Stadium.

“The Raiders were born in Oakland, and played 13 seasons in L.A.,” Raiders owner Mark Davis said. “Both cities will always be part of our DNA but, today, we begin a new chapter in our storied history. For today, Jan. 22, 2020, we are now the Las Vegas Raiders.

The Raiders released a new hype video on social media, too, showing the progress made on Allegiant Stadium, which is set to officially open this fall. The team agreed to a 30-year lease with the stadium in 2017, a move that should keep them in Las Vegas for at least the next three decades.

This is going to take some getting used to.

The move marks the ninth in the league since the 1970 merger, and the third time since then that the Raiders have moved — the team moved to Los Angeles in 1982, and then back to Oakland in 1995.

The Raiders finished this season with a 7-9 record. They missed the postseason for the third straight year and the 16th time in their last 17 seasons.

The team had a rough, disappointing ending in Oakland, too. After a lengthy battle over where they would play their final season in the Bay Area, the Raiders dropped their final game in the Coliseum — which sparked some extreme reactions from Raiders fans at the game. Some even threw trash onto the field and got into fights with security after the loss.

While it’s still very, very early, it looks as if the Raiders’ time in Las Vegas is off to a smooth start.

“We had some great memories in Oakland,” Raiders quarterback Derek Carr said. “Wish we could’ve brought that city a championship, but looks like we’re going to have to do it here now. This welcome was special I think for our owner. I think it was special for the guys that were here. When we went up there to stake our claim here, the reception that we got was overwhelming. It was really awesome.”