No more turkeys or possums as U.S. seeks to redefine 'service animals' flying with their owners 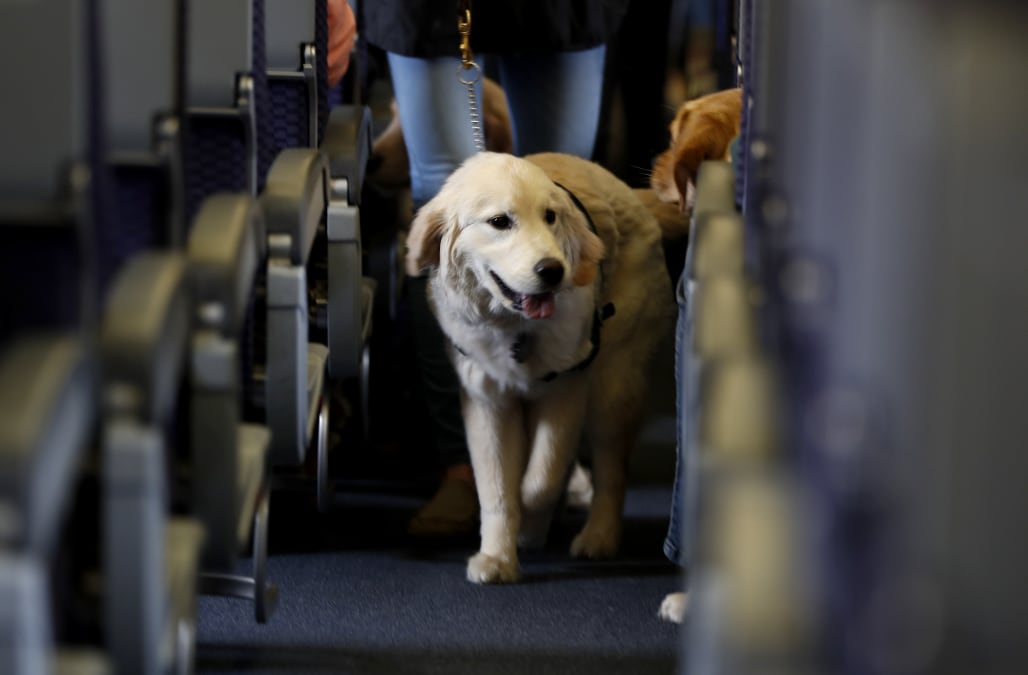 In the biggest change, the department suggests no longer considering an emotional support animal to be a service animal. Federal law allows passengers with disabilities to travel with service animals.

The department said the proposal "is intended to ensure a safe and accessible air transportation system" and will be open for public comment, adding it "wants to ensure that individuals with disabilities can continue using their service animals."

U.S. airlines including Southwest Airlines Co, Delta Air Lines, United Airlines and American Airlines have moved to limit emotional support animals in cabins to largely dogs and cats after a growing number of passengers were bringing a wide variety of exotic pets that could pose a safety risk. Airlines in recent years reported a big jump in travelers bringing animals aboard.

Delta noted in 2018 that some passengers "attempted to fly with comfort turkeys, gliding possums known as sugar gliders, snakes" and spiders, while American Airlines in 2018 said it would not allow a wide variety of creatures on flights as support animals including goats, ferrets, hedgehogs, amphibians and reptiles.

Dr. Platkin said he was unable to receive the nutritional information from the airline.

The Trump administration's proposal would define a service animal "as a dog that is individually trained to do work or perform tasks for the benefit of a person with a disability."

The administration proposal would also allow airlines to limit the number of service animals traveling with a single passenger with a disability to two service animals and could require service animals to fit within its handler’s foot space on the aircraft. (Reporting by David Shepardson; editing by Nick Macfie)