Nick Kyrgios and his opponent mocked Rafael Nadal's service routine after getting time violations at the Australian Open, and the umpire laughed 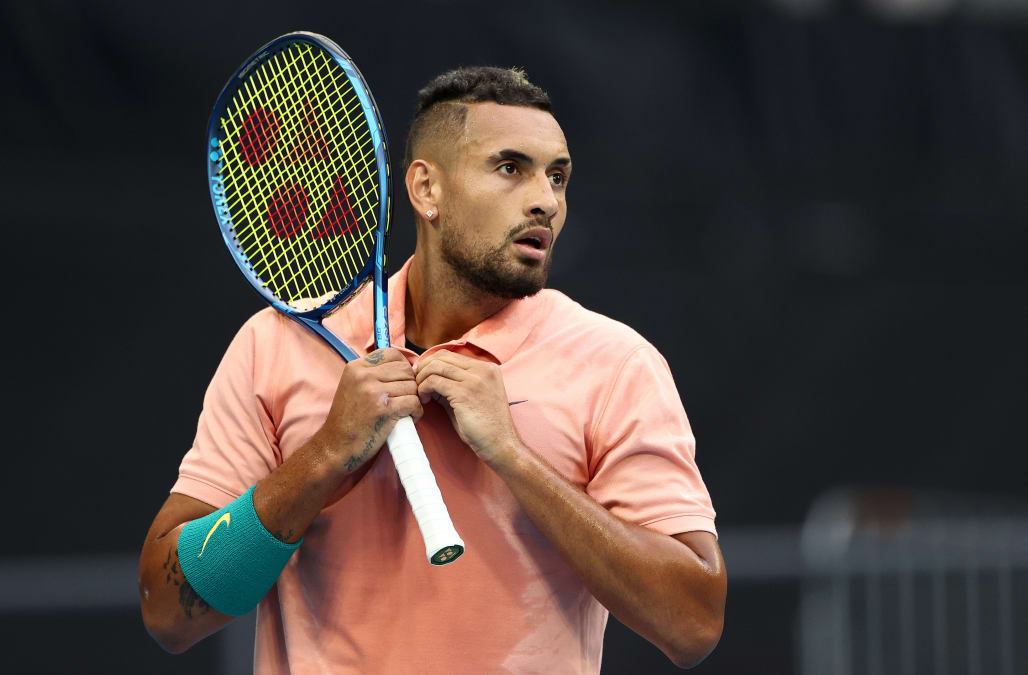 Rafael Nadal was the butt of the jokes during Nick Kyrgios' win over Gilles Simon at the Australian Open on Thursday.

During their match at the Melbourne Arena, both players mocked Nadal's serving routine after receiving time violations, prompting laughter from the crowd and the umpire.

Kyrgios did his impersonation of the Spaniard in the second set after being penalized for taking too long to serve, brushing his hair back and picking at his shorts whilst looking in the direction of chair umpire Jaume Campistol, who chuckled along.

Simon joined in on the act in the third, again picking at his shorts. Kyrgios doubled over in laughter, while Campistol again couldn't resist cracking a smile.

Kyrgios and Simon give their best Nadal impersonations when given their respective time violations. 😂

They seem pretty spot on!

Kyrgios previously slammed Nadal for his service routine during their meeting at last year's Wimbledon.

Nadal edged a thrilling five-set encounter on Centre Court in the second round, however throughout, Kyrgios was agitated at the Spaniard's lack of speed.

"When he's serving, he's controlling the tempo," he added. "Why do I have to wait for my serve? Why am I waiting? Why? It's too long between serves, it's bull----. It's ridiculous."

The two could now meet in the fourth round in Melbourne.

Kyrgios beat Simon 6-2, 6-4, 4-6, 7-5, to set up a third-round tie with Karen Khachanov on Saturday, whilst Nadal beat Federico Delbonis in straight sets and will Pablo Carreno Busta.

Win those games, and Kyrgios and Nadal will play each other for a place in the quarter-finals.

Nick Kyrgios hit an outrageous lob between the legs during Australian Open, then mocked Alexander Zverev on Twitter to continue their off-court spat