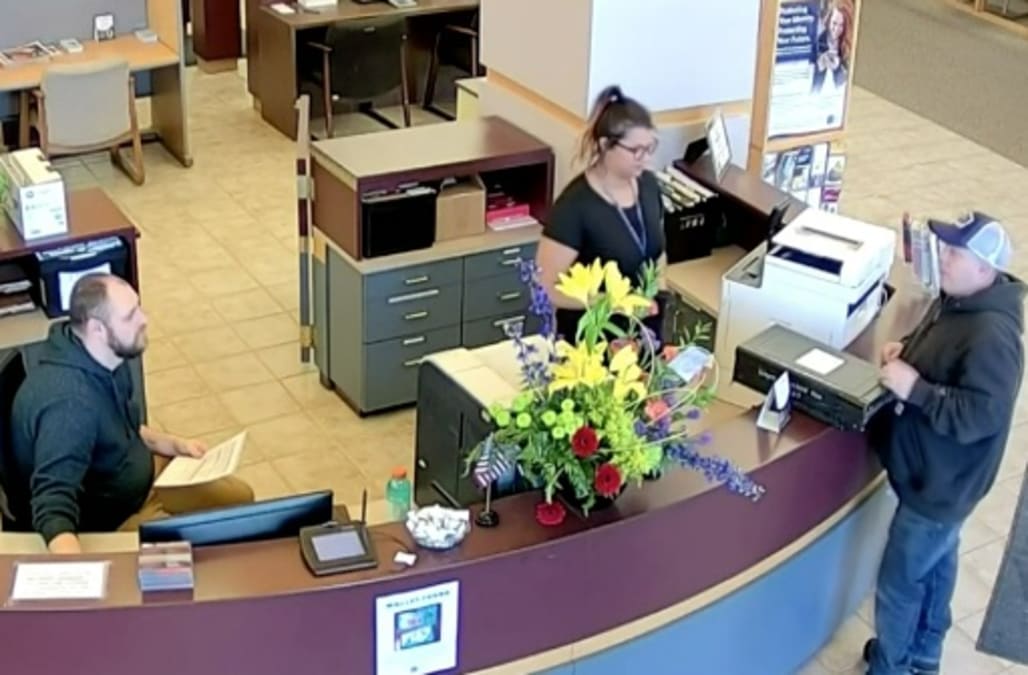 Surveillance cameras outside an ATM machine in Westland, Mich., caught a man coming across tens of thousands of misplaced dollars.

A security guard with an armored truck had accidentally left behind $27,000 in an ATM cassette outside the Wayne Westland Credit Union. The plastic box was sitting there in the middle of the street and even had a mislabeled tag on it saying that there was $40,000 inside.

George Condash noticed the box and pulled over to investigate. Cameras recorded him inspecting the scene and then picking up the box.

“I drove right around here, and it was sitting about right here,” said Condash, according to WITI. “Well, first I just thought it was trash. For some reason, it hit me that, 'Why don’t I just pick this up so no one else has to swerve around it?'”

It was when Condash picked up the box did he notice the $40,000 label. He said he continued into the credit union without hesitating and returned it to the front desk.

Condash said he did not think much of his Good Samaritan act, saying that any "honest person" would have done the same.

Higher-ups at the credit union were very impressed and rewarded Condash with a token of appreciation, although Condash would not disclose how much it was.