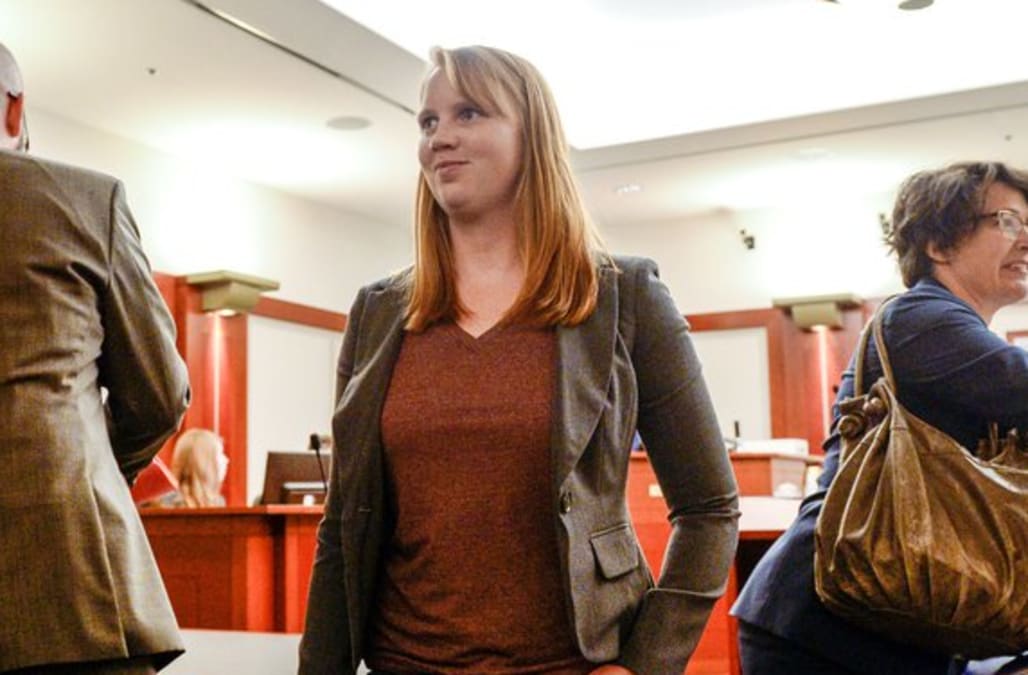 A challenge by a Utah woman, who had been criminally charged for going topless in front of her stepchildren, was rejected by a judge who chose to uphold the state's lewdness statute.

The judge denied Tilli Buchanan’s motion to declare Utah’s lewdness law unconstitutional in a ruling filed Tuesday, the Salt Lake Tribune reported. The law prohibits women from removing their tops "below the top of the areola" before a child "under circumstances the person should know will likely cause affront or alarm" or "arouse" either party.

Buchanan's attorneys argued the law is unconstitutional because it treats men and women differently for the same conduct of baring their chests.

"It is the prerogative of the Legislature to establish laws incorporating contemporary community standards regarding lewdness," the judge reportedly wrote. "It is not for the court to decide whether the Legislature’s enumeration of lewd conduct is wise or sound policy."

In late 2017 or early 2018, Buchanan said she and her husband took off their shirts to keep their clothes from getting dusty while they worked in their garage.

Buchanan's stepchildren, who are between 9 and 13 years old, walked in on the couple while they were topless. At the time, she "explained she considers herself a feminist and wanted to make a point that everybody should be fine with walking around their house or elsewhere with skin showing," according to a November report from the Associated Press (AP).

The Utah woman was charged with three counts of misdemeanor lewdness involving a child in February after the children's biological mother reported the incident to authorities because she was "alarmed," the AP previously noted. Child welfare officials also underwent a separate investigation involving the kids, which was not tied to Buchanan.

It wasn’t clear whether Buchanan intends to appeal Tuesday’s ruling. If she doesn’t, the case will move to trial, the Guardian reported. The ACLU said in a statement that it was "disappointed," according to the Salt Lake Tribune.

If convicted, Buchanan faces possible jail time and could be required to register as a sex offender for 10 years.

More from Aol.com:
School faces backlash after student finds disturbing image in locker room: 'They crossed the line'
Apple and the FBI at odds over terrorist's cellphones
McDonald's manager allegedly refuses to serve veteran: 'I don't want your service, you can leave'