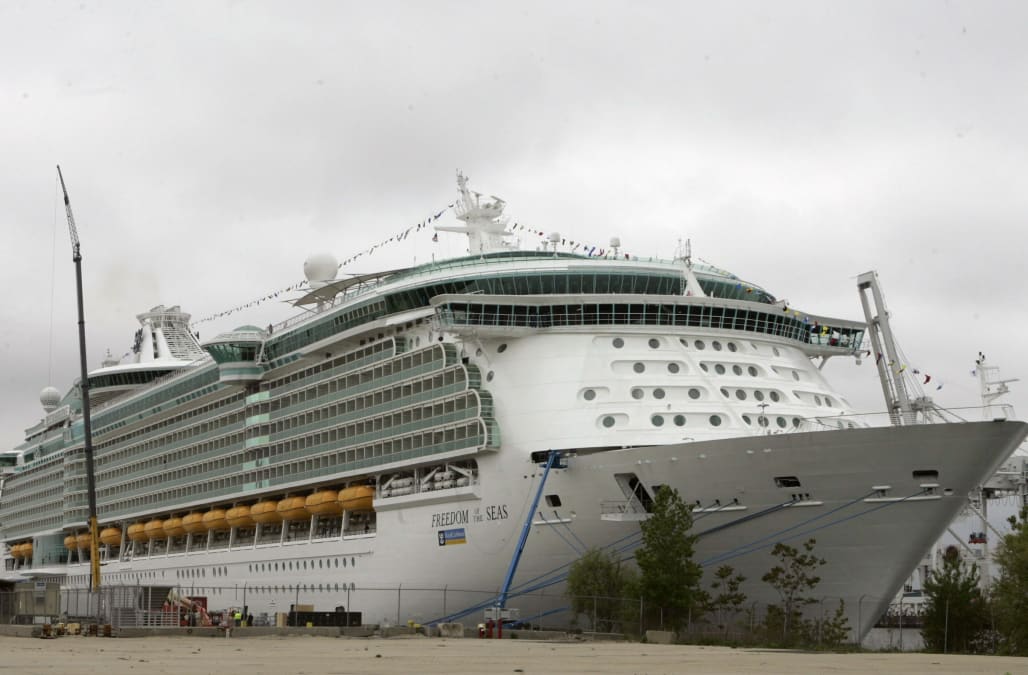 INDIANAPOLIS (AP) — The parents of an Indiana girl who fell to her death from the open window of a cruise ship docked in Puerto Rico contend it was “physically impossible” for the child’s grandfather to lean out of that 11th floor window, as the cruise line has alleged, just before the toddler slipped from his hands.

The parents of Chloe Wiegand also accuse Royal Caribbean Cruises of releasing deceptive surveillance images, and allege in their preliminary response filed Wednesday in U.S. District Court in Miami that the cruise line lied in its recent motion seeking the dismissal of the family’s lawsuit.

That suit accuses the cruise line of negligence in Chloe's death by allowing the window in the ship’s children's play area to be open.

In its Jan. 8 filing, Royal Caribbean alleged that surveillance video shows the child’s 51-year-old grandfather, Salvatore Anello, leaning out of the open window for about eight seconds just moments before he lifted his granddaughter up to the window, from which she fell to her death on July 8.

The cruise line said Anello's alleged actions were "reckless and irresponsible.” He was charged last year in Puerto Rico with negligent homicide in the 18-month-old girl's death.

But the Wiegand family says Royal Caribbean lied in its filing and that their attorney’s examination of the area shows it was impossible for Anello, of Valparaiso, Indiana, to have leaned over a wooden railing and through the angled window on the Freedom of the Seas cruise ship.

The distance between the window frame and the railing was about 18 inches so to even touch the window with the top of his head, the attorney “had to lift his feet at least seven inches off the ground,” the family says.

The family from Granger, Indiana, accuses Royal Caribbean of creating “a false narrative" by including surveillance video stills from only two of 13 cameras in the area where the girl fell about 150 feet to her death. The family has filed a motion seeking to force the cruise line to release video from all 13 cameras.

The family’s attorney and others inspected, measured and photographed the 11th floor site of Chloe's deadly fall on Jan. 10, days after the cruise line said work to refurbish the area would begin on Jan. 12, the family states.

Anello has insisted that he did not know the window was open when he lifted Chloe to the window, saying he did so to allow her to bang on the glass like she did at her brother's hockey games. He told “CBS This Morning” in November that he was trying to stand Chloe on the window’s railing when she plunged from the open window. He also said he’s colorblind and that may be why he didn’t realize the tinted window was open.

Anello’s attorney, José G. Pérez Ortiz, told The Indianapolis Star in November that surveillance video is consistent with the grandfather’s assertion that he believed the window was closed.

More from Aol.com:
Pilot charged over controversial airport messages: 'Not in the right state of mind to fly a plane'
Man chokes girlfriend after watching Trump impeachment trial makes him 'upset'
Spirit Airline passenger accuses seatmate of assaulting her while she napped: ‘He is a predator’