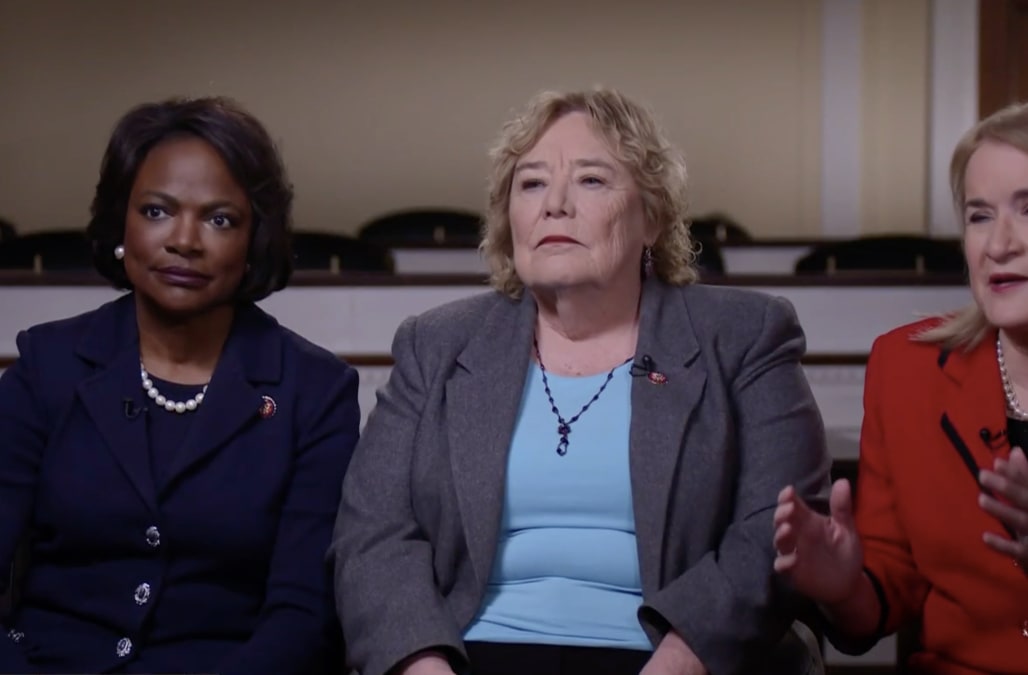 The first three women to serve as presidential impeachment managers in U.S. history told NBC News in an exclusive interview on Thursday that if the Senate votes to acquit President Donald Trump, the American public will view it as a "rigged trial."

Democratic Reps. Zoe Lofgren of California, Sylvia Garcia of Texas and Val Demings of Florida also spoke about the need for witnesses in the trial, and added that even an acquittal won't amount to an exoneration of the president.

"It seems to me, if there's not a full, fair trial with witnesses, he may get an acquittal, but he's not going to get an exoneration," Lofgren said in the interview, in response to a question about whether an acquittal would be touted by the administration as a victory. "It's going to be seen for what it is, just a rubber stamp to get him off the hook."

"And so that's yet unknown, whether we’ll have a full trial, but clearly, he engaged in serious misconduct that upended the Constitutional order, really threatens our freedom,” Lofgren said. "Because it's the Constitution that has protected our freedom as Americans for over two centuries. That's what the stakes really are.”

Garcia added that she felt it was "important that we emphasize that he's been impeached. That is done. He can't erase it. He will always be an impeached president."

"If they don't convict and they don't decide to remove, then the public will see that it was rigged, that it wasn't fair," Garcia added. "Because everyday Americans know what a fair trial is. And that includes witnesses, it includes testimony, it includes both sides having a fair shot at presenting their case. And if they don't see that, then they'll say, well, yeah, he got off, but it's because it was rigged. You know, it was a done deal. And I think that will also last forever, and it might hurt him in anything he does in the future."

Lofgren said the aim of the trial isn't to hurt Trump, but to "stop the misconduct."

"It's not just about hurting him, that's not the object," she said. "The object is to stop the misconduct, and to make sure future presidents don’t do this. It's not about Donald Trump as a guy. It's about our government. It's about our Constitution."

As the first of the three to appear on the Senate floor, Lofgren made history Tuesday when she became the first female manager of a presidential impeachment. Demings is the first African American to serve in the role. And Garcia is the only Latina among the seven impeachment managers prosecuting the case against Trump.