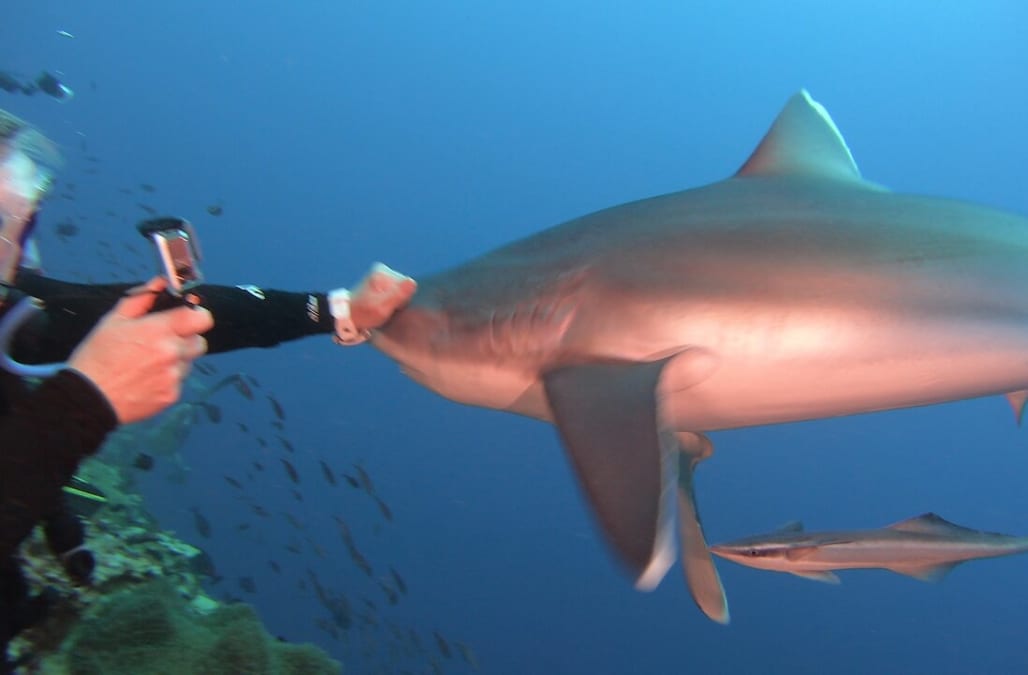 A group of scuba divers was witnessing a controlled feeding of silvertip reef sharks in Papua New Guinea, for the purpose of studying and photographing these incredible animals. One woman, Kristy, a seasoned diver with a considerable knowledge of sharks, was holding a small action camera as she watched the sharks swimming past. A circling silvertip turned abruptly, heading right for Kristy. Having no other option, Kristy punched the shark on the snout just before it reached her face, and it abruptly swam in another direction.

Watch the heart-stopping footage in the video above.